Dutch citizen stabbed to death outside a Torremolinos establishment 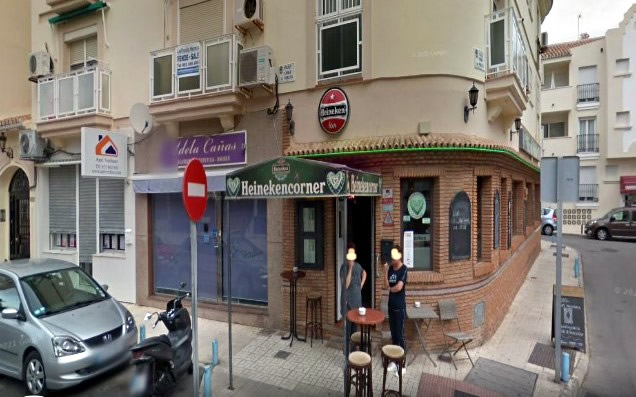 A 50-year-old Dutch citizen was stabbed to death outside a bar in the popular Malaga holiday resort of Torremolinos on the evening of Wednesday, May 26. He had been watching the 2022 UEFA Conference League final that was being played between Italy’s A.S. Roma and Feyenoord of Rotterdam.

The incident occurred at the Heineken Corner, a bar located in the neighbourhood of La Carihuela. Since the establishment is run by people from the Netherlands, and the fact that the Dutch team Feyernood was competing in the football final, the bar was full of mostly Dutch customers from the local area.

As reported to malagahoy.es by IF, the bar’s owner, just after midnight, a 57-year-old man started making obscene remarks to some young girls. He was known as a regular in the establishment, but one of the customers, the now-deceased Cees V, recriminated the man for his behaviour.

A scuffle ensued which was eventually broken up by IF, who instructed the allegedly offensive customer to leave the premises. Things quietened down and about 20 minutes later Cees V went outside the bar to smoke.

He quickly realised that the man he had been involved in the scuffle with was now standing across the road, holding a machete. Another fight erupted, during which Cees V received a stab wound to the abdomen.

Managing to stagger back inside the bar, and losing a lot of blood from the stab wound, he reportedly laid down on the floor. IF assured that the victim remained conscious for a few minutes, but by the time an ambulance arrived, they were too late to save his life and he was confirmed dead at the scene.

His aggressor meanwhile had escaped down Calle Miami, pursued by the owner of the Heineken Corner, and one of his relatives. National Police officers were promptly on the scene and they quickly located the man who was attempting to hide. He dropped the weapon and tried to flee again, but was intercepted by the police.

The man’s machete was confiscated, and he was arrested and taken to the cells in Torremolinos Police Station, from where he will subsequently be brought to justice. Residents of the area told how the victim, a Dutchman, was a frequent visitor from the Costa Blanca town of Benidorm. “He used to go every week. He liked to play billiards a lot”, they said.

An investigation is underway by the National Police, who have reportedly requested footage from security cameras in the vicinity to establish the circumstances surrounding the victim’s tragic death.