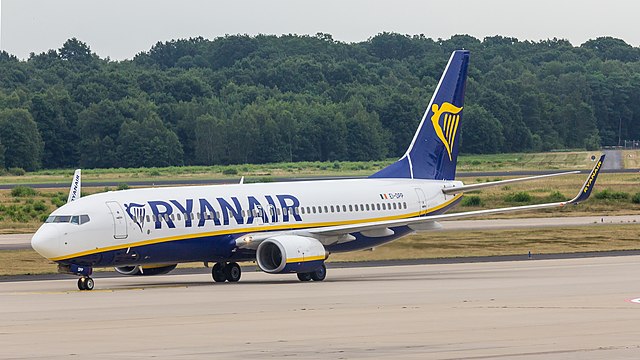 Travel chaos ensued on a Ryanair flight when a bathroom with a cracked pipe on board was flushed. Ryanair flight FR3104 was due to flight out of Dublin Airport to Schiphol Airport in Amsterdam at 3:30.pm on Friday May 20.

The expected 70 minute Ryanair flight turned into a six-hour nightmare with passengers not arriving in Amsterdam until after 11:00.pm CET
One passenger on the flight recalled the delays beginning as they were queuing up to board, accordiing to Dublin Live. He said “The gate was due to open at 2:40.pm, but we were left standing there until 3:30.pm.”

“I didn’t think much of it, it’s a standard thing to be a little bit late, but when we were stuck on the tarmac not being allowed on board, it began to get a bit suspicious.We could see flight crew and some lads in high-viz going up and down the plane quickly. One lady was shouting out at us on the tarmac, little things to keep us occupied, like have your boarding pass ready and put your masks on, but it seemed like she was stalling.”

At round 3:45pm passengers eventually got on the plane and it began to taxi out seemingly wth no problems until the captain put the brakes on and issued a warning message.

“The captain came over the radio to explain that the toilets weren’t working on-board,” the witness said. “There was a bit of a fight at the top of the plane, I think someone had gone in and flushed it when they really shouldn’t have. One of the flight crew said there was a cracked pipe, which they had patched up but had broken again, and the captain pulled up after he had started moving.”

“We were left sitting there for about 20 minutes as the pilot kept coming over the intercom to tell us there was no update. He said they were trying to fix the pipe from outside, and that there was no other planes in Dublin at that time to transfer to. Eventually at about 4:40.pm, we were forced back off.”

“The aircraft dropped the passengers off at a different departure gate to the one they had got on at, and the mess got messier as the delays piled up.”

The replacement plane due to turn up was reportedly delayed until 7:20.pm causing havoc for other flights and forcing disgruntled passengers to miss their onward journeys.