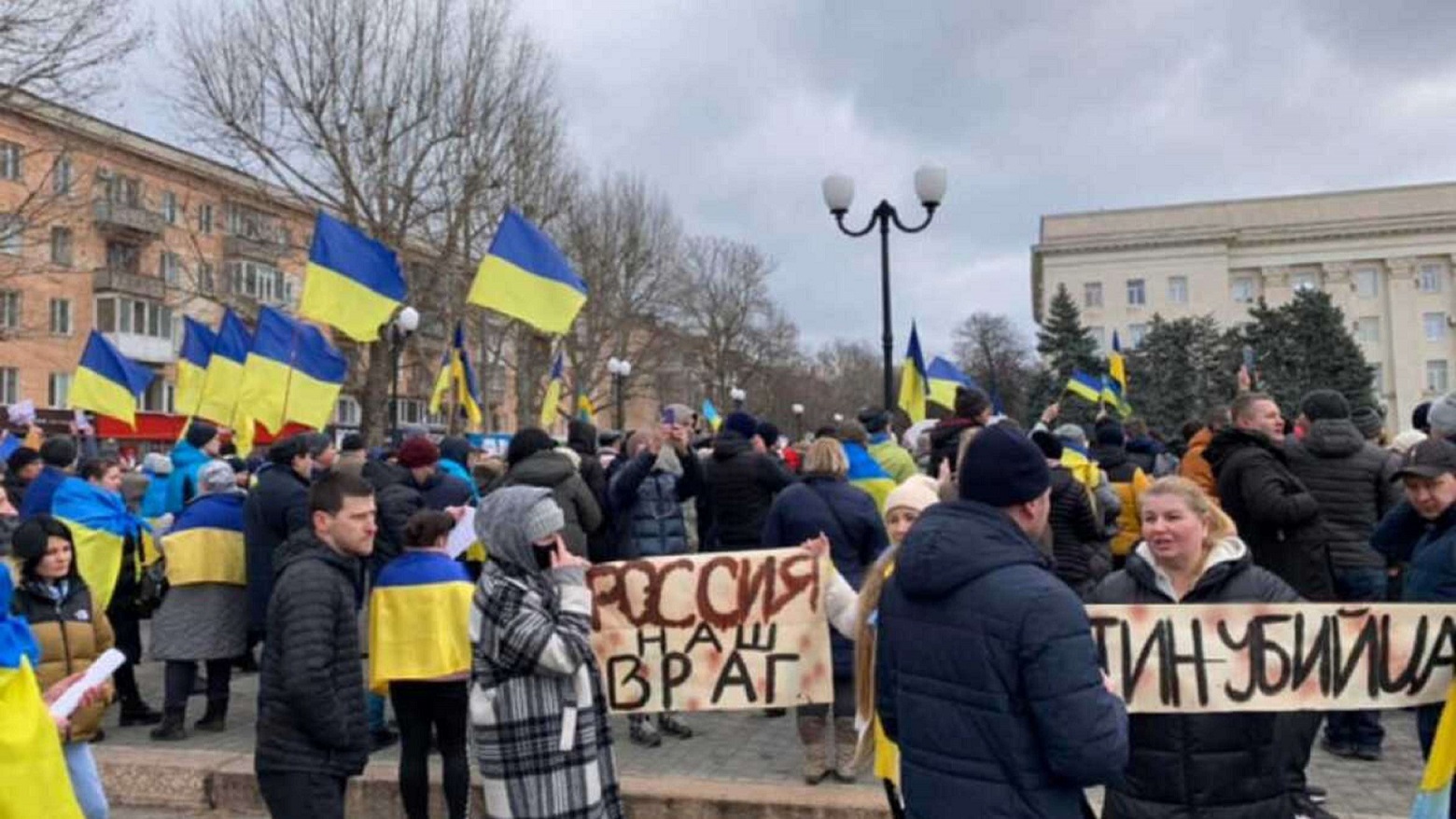 DEFENCE Intelligence of Ukraine has stated that Russia has already begun building its third line of defence in Kherson and the occupied south of Ukraine, which has seen Zaporizhzhia come under attack recently.

“The regrouping of the Russian troops in the Kherson region and in the occupied areas of the Zaporizhzhia region indicates Russia’s intention to gain a foothold in these territories,” according to Defence Intelligence of Ukraine representative, Vadym Skibitskyi, on Thursday, May 26.

“In the Kherson region, in the occupied territory of the Zaporizhzhia region, we see the strengthening that occurs due to the redeployment of troops from the territory of the Crimean peninsula. And this is a transit from the Russian federation.

“Accordingly, we see that Russia is now deploying powerful grouping in the occupied territories of southern Ukraine,” Skibitskyi said.

This grouping, in addition to the land forces, includes air and sea components.

“We see that since the beginning of May, the occupying forces have begun to strengthen their defence,” he continued.

“Appropriate engineering structures are being prepared, not even one or two, but the third line of defence is being built. And this suggests the occupation of these territories, and we can talk about the prospect that Russia wants to stay for a long time.”

He added: “It is these military aspects and military indicators that indicate Russia’s intentions to seize and hold these territories.”

As previously noted, attacks in the Kherson region and in the occupied territory of the Zaporizhzhia region have intensified recently.

On Wednesday, May 25, Russian forces fired four missiles at the city of Zaporizhzhia, one of which was destroyed by Ukrainian air defence systems. One person was killed, and three more were injured in the attack.

Prior to that, spokesman of the General Staff of the Armed Forces of Ukraine, Alexander Štupun, said on Friday, May 20 that: “There was a high probability of continuation of the fighting in order to improve the tactical position and exit the administrative border of the Kherson region.”

This is something that Ukrainian President Volodymyr Zelensky touched upon in one of his recent nightly addresses to Ukraine.

Zelensky said on Tuesday, May 17, that Russian failures in southern Ukrainian regions such as Kherson led to desperate airstrikes on the Lviv region, Sumy region, Chernihiv region and Luhansk region in attempts to compensate for ‘failures in the east and south of the country.