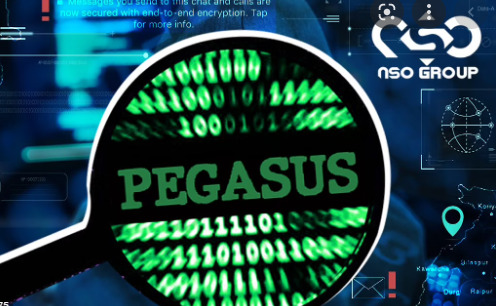 SPAIN has announced today that it will reform the country’s secret services after the mobile phones of Pedro Sánchez and Margarita Robles were hacked as part of the Pegasus system spying scandal.

The President of the Spanish Government, Pedro Sánchez, announced on Thursday, May 26 that he had approved a new law on ‘official secrets’ in Spain and reformed the ‘organic law on judicial control of the National Intelligence Centre (CNI)’ following the Pegasus scandal.

Mr Sánchez considered that it was “urgent” to approve a new law on classified information, as the current one dates from 1968, and stressed that with the reform of the judicial control of the CNI there will be even more guarantees for the individual rights of people.

On Monday, May 2, it was revealed that both Pedro Sánchez and Defence Minister Margarita Robles had their mobile phones tapped using Pegasus spyware in an “illicit and external” intervention.

According to Spanish media reports, the attackers extracted 2.6 gigabytes of data from the president’s phone and nine megabytes from the defence minister.

Sánchez’s mobile is believed to have been tapped in May 2021, while Robles device is suspected to have been hacked in June 2021, as reported by El Pais.

“It is not a supposition, they are facts of enormous gravity,” said the minister of the presidency, Felix Bolanos.

“We are absolutely certain that it was an external attack… because in Spain, in a democracy like ours, all such interventions are carried out by official bodies and with judicial authorisation,” he said.

“In this case, neither of the two circumstances prevailed, which is why we have no doubt that it was an external intervention. We want the judiciary to investigate,” Bolanos said.

More than 60 Catalan and Basque independence leaders also had devices infected with the Pegasus software, according to Citizen Lab, a group of experts from the University of Toronto (Canada).

Investigations into the devices of these party leaders and officials led to the discovery that Pedro Sánchez and Margarita Robles’ mobile phones had been compromised.