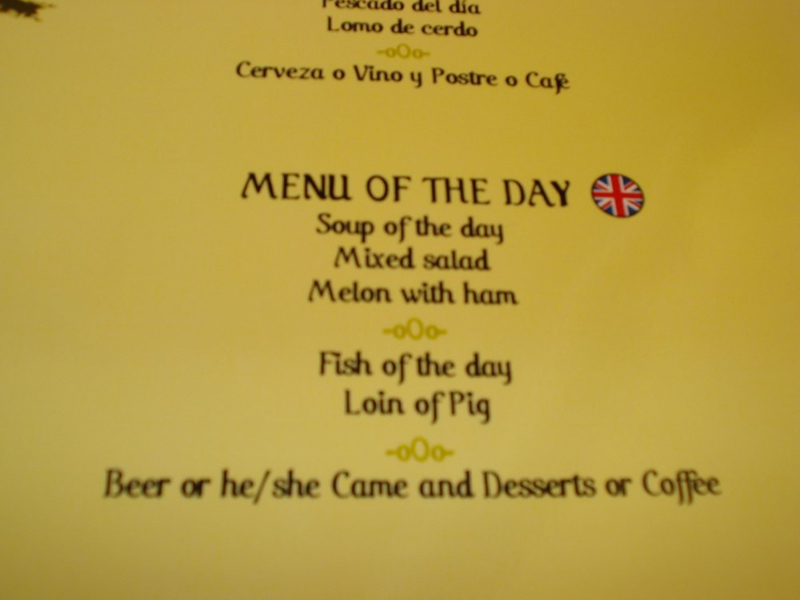 LAST week there was a large sign in the window of a restaurant in Marbella ‘Eat as much as you like.’ Instead of an actual price there was an almost imperceptible addendum underneath – ‘for a price’. This reminded me of the ploy in certain supermarkets of appearing to offer a product normally costing, for example, €5.45 for €3.25. When you scrutinise the tiny, virtually invisible print in the corner of the price label, you only qualify for the €3.25 price if you buy the first one at the full price of €5.45. As we all know, the price that catches the eye can be very misleading.

It’s the same with the small print on insurance exclusions, banks’ conditions, rental contracts, estate agents’ fees and numerous other potential pitfalls in the business world. This can be much more serious for those whose homes have been bulldozed, owing to the oversight of an obscure clause in small print invalidating the escritura signed on purchase – and hence the legitimacy of ownership.

I have seen many amusing signs, especially when corners have been cut in translation. We all know the Spanish word for wine – ‘vino’, but fewer of us are familiar with ‘vino’, meaning he or she came. The first photo shows what was included in the menu of the day in a Nerja restaurant.

Some years ago, I was delighted to find a publican with a wonderful sense of humour. Not only did he tell a good story (and pull a good pint), but he rebelled against the mundane names of most of our pubs. As a variation on the ubiquitous ‘Coach and Horses’, his pub proudly boasted the sign: ‘The ‘Orse and Cart’.

The most outrageous example of apparently lax thinking was by the UK’s beloved NHS, as shown in the second photo. But surely this must have been intentional! In this case I hope the authorities cherished the humour and spared the ‘b****r’ who organised it.

A long time ago there was a sign at the entrance to a swimming pool in Bedfordshire: ‘no animals allowed in the pool area’. A family party, when challenged for having brought in a spaniel, pointed out that the sign precluded just animals. “It doesn’t say ‘no dogs’; it says ‘no animals’.” The wonderful response of the security officer was: “It doesn’t actually say ‘no giraffes’, but they would not be allowed in.”