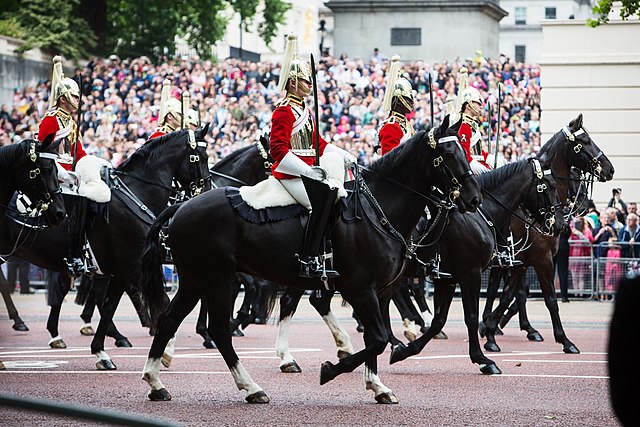 Next week the nation will gather to celebrate during an extended four-day Bank Holiday weekend in honour of the Queen’s 70 years as sovereign.

It is expected the Queen will limit her appearances at the Platinum Jubile, according to the Mail Online, to the Trooping the Colour – the parade and fly-past that kicks off the celebrations on Thursday June 2 – and a service of celebration at St Paul’s Cathedral the next day, which will be attended by the entire Royal Family.

During the ceremony, there will be an opportunity to watch the event via large screens, set up in St James’ Park and many more members of the public will be able to watch the spectacle live on the BBC and Sky television, not just in the UK but overseas too.

And now, excitingly, Buckingham Palace has unveiled the run-down hour-by-hour of how the weekend will be organised:

Thursday June 2
11.am CET – The Queen’s Birthday Parade – Trooping the Colour – begins.
11:30.am CET – Members of the royal family leave Buckingham Palace for the parade ground.
The military spectacle will be followed by a balcony appearance by the Queen, it is hoped, plus key royals including the Cambridge children, to watch a special fly-past.
10:25.pm CET – Members of the royal family arrive to watch the lighting of the principal beacon at the palace – a 21-metre tall Tree of Trees sculpture.
More than 3,000 beacons are being lit across the UK and the Commonwealth.

Friday June 3
12.pm CET – The royal family begin to arrive at the service of thanksgiving in St Paul’s Cathedral.
1:25.pm CET – Members of the royal family afterwards attend a Guildhall reception hosted by the Lord Mayor.

Saturday June 4
6:30.pm CET – The Epsom Derby race takes place. The Queen and her family are expected to head to the racecourse on Derby Day, where the monarch is due to be greeted with a guard of honour made of up to 40 of her past and present jockeys.
8:40.pm CET – Members of the royal family arrive at the BBC’s Platinum Party at the Palace concert.
9.pm-11:30.pm CET – The open-air concert in front of the palace, featuring stars including Queen + Adam Lambert, Alicia Keys, Duran Duran and Diana Ross, is broadcast live on BBC One.

Sunday June 5
Street parties and Big Jubilee Lunches are staged across the country
3:30.pm-6.pm CET – The Jubilee Pageant takes place in central London, with a 3km carnival procession featuring a cast of thousands, including puppets and celebrities and tributes to the seven decades of the Queen’s reign. It will move down The Mall and past the palace.

The finale will feature Ed Sheeran performing, and the singing of the national anthem in front of the Queen’s official residence