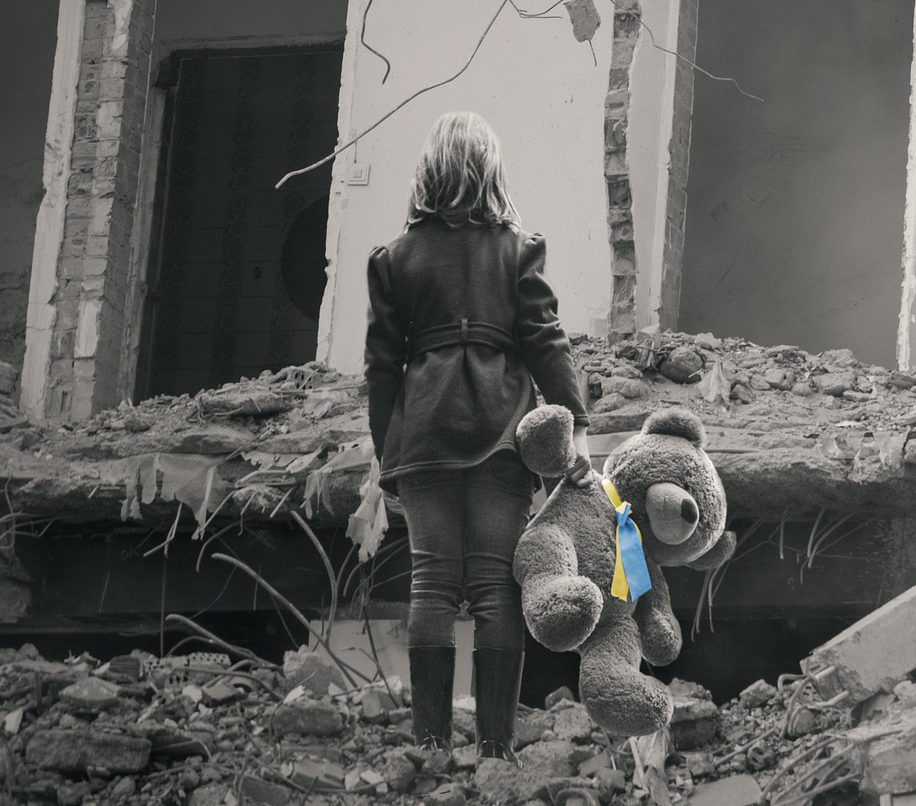 The rise of Ukraine’s civilian casualties seen in the ongoing war with Russia urged Neil Bush, Head of the UK Delegation to the Organisation for Security and Co-operation in Europe (OSCE) to give an emotional speech on Thursday, May 26.

The UK Ambassador’s plea given in response to the rising toll of Ukraine’s civilian casualties, as reported by the UK Government stated:

“The people of Ukraine have now endured three months of suffering at the hands of the Russian government and the Russian military, following the latest invasion. ”

“As of Monday, the Office of the UN High Commissioner for Human Rights (OHCHR) recorded 8,462 civilian casualties, of which nearly 4,000 are fatalities. The true figure is likely to be significantly higher, and rises every day. ”

“We may not know the true human cost of this war for years to come. It is nothing short of a tragedy.”

“As verified by OHCHR, most of the civilian causalities recorded were caused by explosive weapons with a wide area impact, including shelling from heavy artillery, rocket systems, missiles and air strikes.”

“As Russian military operations faltered in the first weeks of the invasion, we saw the indiscriminate and widespread use of weapons in civilian areas. In the Chernihiv region north of Kyiv, an estimated 3,500 buildings were destroyed or damaged during Russia’s abandoned advance towards Kyiv. 80% of these were residential buildings.”

“This illustrates Russia’s preparedness to use artillery and wide area weapons in civilian areas, with no regard for the men, women and children who live there.”

“We saw the shocking effect of these tactics against the populations of Mariupol, Kherson and numerous other towns and cities. As President Putin renews his focus on the Donbas region, once again, the commitment to respect international humanitarian law has been thrown aside.”

“Prior to 24 February, the people of Donbas had already suffered eight years of conflict, killing approximately 3,400 civilians and wounding 7,000.”

“Now, the Governor of Luhansk describes a ‘scorched earth approach’ in and around the city of Severodonetsk, with residents trapped in shelters and basements to shield from relentless Russian bombardment. Inevitably, further innocent lives will be lost.”

“The Geneva Conventions are clear on the obligations of nations to respect international humanitarian law. We again call on Russia to abide by the principles of proportionality and distinction; and to immediately cease the indiscriminate use of wide area impact weapons in civilian areas, particularly around uniquely protected locations such as medical facilities.”

“We again call on Russia to facilitate safe corridors for the evacuation of civilians and for the distribution of essential supplies. Inaction on the protection of innocent civilians speaks volumes. ”

“And ultimately, Mr Chair, we again call on Russia to stop this senseless and strategically failing war and withdraw its troops from the entire territory of Ukraine.”

“As stated by my Foreign Secretary, “we cannot forget the barbarism inflicted on Ukraine, from the levelling of cities like Mariupol to the slaughter, rape and torture of innocent civilians in towns like Bucha.” The Kremlin continues to lie about causing civilian deaths, attempting to distract the world from the horrifying truth of its atrocities.”

“Alongside partners, we will make sure the truth is heard. The UK is supporting the International Criminal Court Investigation into all allegations of war crimes, including through £1m in funding and technical assistance.”

“We are leveraging the UK’s significant legal and specialist expertise, including in conflict related sexual violence, to ensure that the Office of the Prosecutor General of Ukraine can pursue domestic prosecutions and seek justice for its citizens.”

“The UK joins the OSCE Chair in Office, the Secretary General and international partners in strongly condemning the detention of four OSCE SMM National Mission members in areas of Donetsk and Luhansk temporarily controlled by Russia and its proxies. ”

“As the Secretary General has repeatedly communicated, functional immunity pertaining to acts performed by SMM staff in their official capacity during their employment with the SMM should continue to be respected following separation, as a principle of international law.”

“All efforts to intimidate, harass and undermine the credibility and impartiality of current or former SMM staff must cease immediately.”

“Finally, I want to reiterate my comments from last week on the growing threat to global food security. Food and energy prices and rising, pushing the world’s most vulnerable to the brink of famine, directly because of Russia’s actions.”

“These prevent Ukraine from exporting its wheat, corn, barley and sunflower oil and harvesting future produce.”

“Mr Chair, the UK is committed to helping Ukraine uphold its sovereignty and territorial integrity within its internationally recognised borders, to defend itself and resist future attacks or coercion.”

“Ukraine deserves the right to choose its own future and prosper. And we will stand shoulder to shoulder with Ukraine in ensuring that no one will ever dare attack it again.”