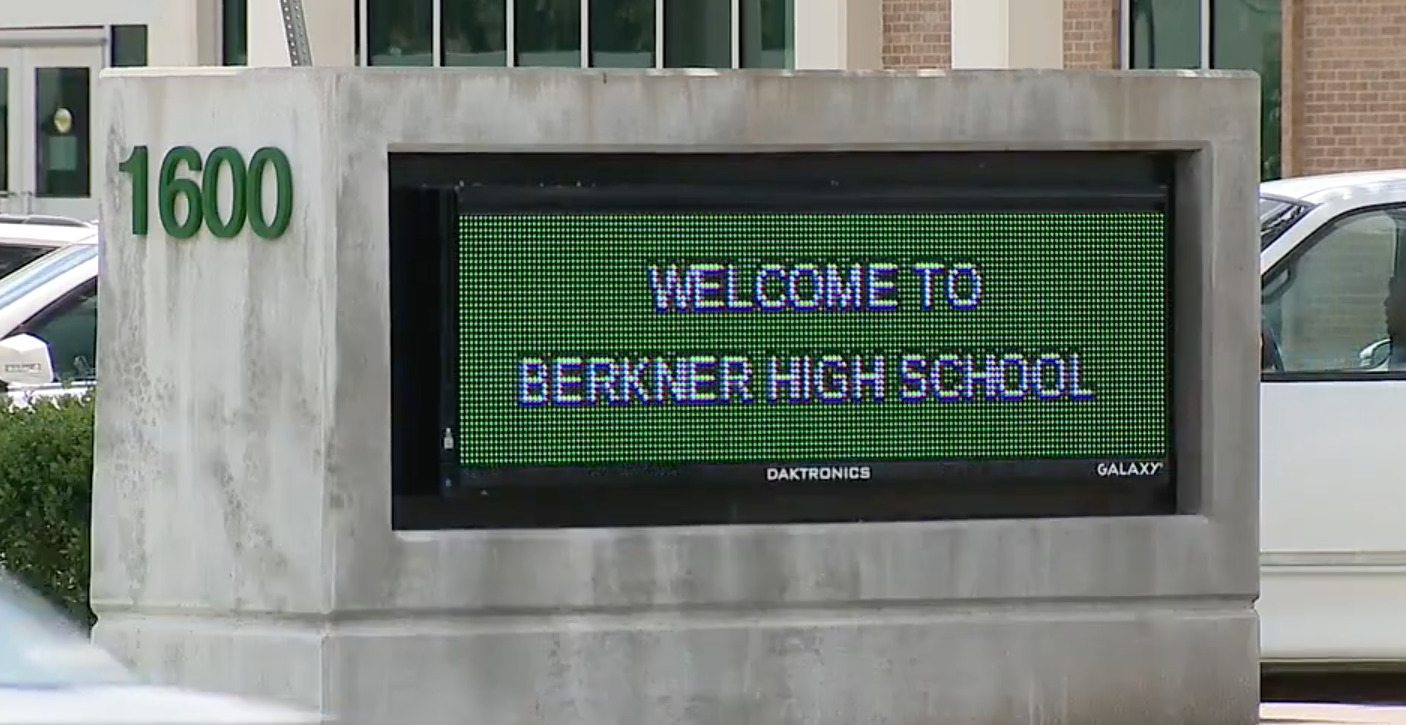 POLICE in Texas prevented another school shooting after they quickly swarmed Berkner High School after reports that a student had a gun.

The worrying incident happened a day after the horrific massacre at the Robb Elementary School in Uvalde, also in Texas, however, thankfully, Richardson police managed to arrest the suspect before any more mass shootings were carried out.

Police from Richardson Texas were called to Berkner High School on Wednesday, May 25 after reports suggested that a male was walking toward the school with a weapon.

Officers already on high alert from the tragic incident in Uvalde quickly arrived on the scene and arrested the ‘underage’ student.

After searching the surrounding area, an AK-47 style pistol and a replica AR-15 style Orbeez rifle were found in the Berkner High School student’s car.

Following the incident, the school was locked down.

Parents told Fox4 news that their children had told them about the scary event.

A parent of a 9th-grade student at the school said: “My daughter came home today, she is ten years old, and she was like, ‘Oh my God daddy, there was a lockdown,’ I haven’t had the conversation yet.”

“I heard the sirens from home and everything because I am close by,” said Banneka Namasaka.

The incident happened within 24 hours of the killings of 19 children and two adults by Uvalde High School student Salvador Romas (18) on Tuesday, May 24.

“I am going to talk to her today and let her know what happened, but its 19 kids, man. Her age, trying to figure out like the process of trying to have this conversation,” he said.

“It’s going to be tough because that’s a safe place, a school. I don’t want her to feel uncomfortable, so we will see what happens,” he told Fox4 news.

The name of the suspect has not yet been released but according to police, they are under the age of 17.

Apparently, the police had previous knowledge of the child and two parents told Fox4 news that the ‘school district had an issue with the student earlier this school year’.