President Zelensky: “Mr Kissinger stuck in past suggesting Ukraine be given to Russia” 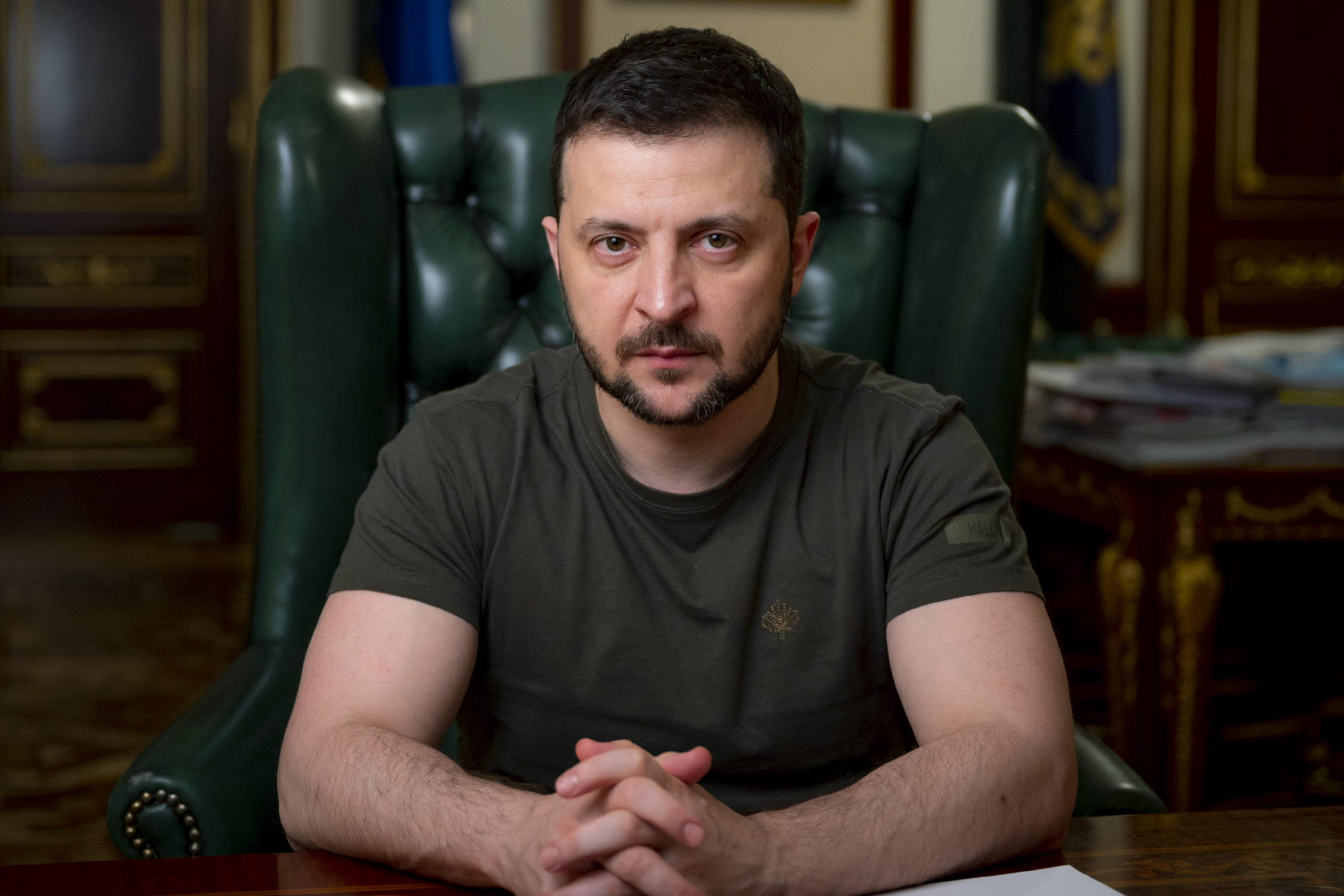 President Zelensky: "Mr Kissinger stuck in past suggesting Ukraine be given to Russia". Image: Ukraine Gov

FOLLOWING comments from former US Secretary of State Henry Kissinger stating that parts of Ukraine should be given to Russia, Ukrainian President Volodymyr Zelensky said that he was stuck in the “deep past”.

Speaking to his nation on Wednesday, May 25, President Zelensky said that “Mr Kissinger emerges from the deep past and says that a piece of Ukraine should be given to Russia. So that there is no alienation of Russia from Europe.”

The 44-year-olds comment comes after Mr Kissinger told the World Economic Forum in Davos on Monday, May 23 that “ideally, the dividing line should return to the status quo ante.”

The 98-year-old was suggesting that he thought that Russia should be allowed to retain Crimea, which it annexed in 2014.

“Pursuing the war beyond that point would not be about the freedom of Ukraine … but a new war against Russia itself,” he said.

President Zelensky responded by suggesting that Mr Kissinger should know what is like to be part of a war and that fighting for your country is better than giving up.

“It seems that Mr Kissinger’s calendar is not 2022, but 1938, and he thought he was talking to an audience not in Davos, but in Munich of that time,” the actor-turned-politician continued

“By the way, in the real year 1938, when Mr Kissinger’s family was fleeing Nazi Germany, he was 15 years old, and he understood everything perfectly. And nobody heard from him then that it was necessary to adapt to the Nazis instead of fleeing them or fighting them.

“Symptomatic editorials began to appear in some Western media stating that Ukraine must allegedly accept so-called difficult compromises by giving up territory in exchange for peace.

Speaking to CNBC on Wednesday, May 25, Ukraine’s foreign minister Dmytro Kuleba – who recently criticised NATO for its lack of action in preventing Russian attacks on his country – said that although he respected the former US secretary, giving up is not something Ukraine is willing to do.

“I respect Henry Kissinger, but I appreciate that he’s not holding any official position in the U.S. administration, he has his own opinion, but we strongly disagree with it,” Mr Kuleba said.

He added. “This is not something we’re going to do.”