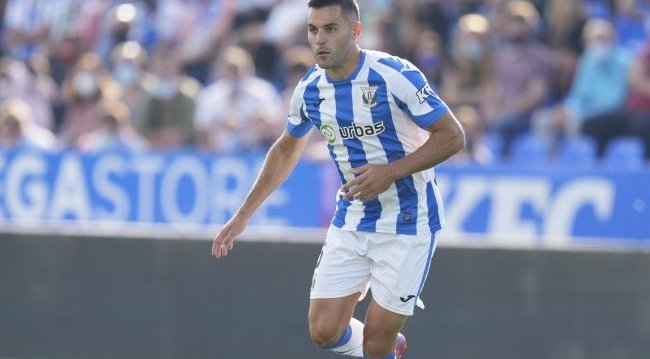 Reaction to the news that more than 2,200 prominent Spaniards, including the leader of one of the country’s largest pharmaceutical companies, has been one of resignation and disbelief.

Since the story broke on May 24, people have been asking how this could happen. But they have also been asking hot it is, that reaction to the news has been muted, almost accepting that this is what happens.

In the words of one Twitter user Starfish: “Why NOBODY here talks about the operation Jenner, discovered in Spain, why don’t they go further in the investigation?”

The reality is that the investigation is still ongoing with more evidence being collected before many of those go to trial, but perhaps it is more that this was not unexpected.

Whilst the average Spaniard did as the government asked, obeyed the rules and went out and got vaccinated, others thought they were above the law, that they were somehow special.

What is disconcerting, is that many of these people are involved in professions that meant a high level of contact with others. Essentially, they cared so little for those around them, they did not bother to ensure that those they came into contact with were kept safe and free from Covid-19.

But perhaps the bigger issue is that the level of trust is broken, that a company president involved in researching Covid-19 vaccines did not feel it necessary or important to get vaccinated leads many to ask whether vaccinations were necessary or safe.

What is interesting is that the police did not uncover the scam through a local investigation, but rather through efforts to curb extremism on the dark web.

Enter policeman A, his name has not been made public. According to the Guardia Civil he made contact with an extremist Islamic group who he arranged to meet in France, but told them that he personally could not travel as he had not been vaccinated.

He said: “I don’t have a COVID-19 passport; I am not vaccinated. Allah does not allow me to put anything impure in my body.”

They replied that they could get him a passport and even get him registered on the National Registry of Vaccination, He was introduced to two Madrid residents, Álex, a former thief with a history of sexual assault and known to have contact with criminals in Madrid and Irene, an attractive woman who had been convicted and then pardoned for drug trafficking many years ago.

The police followed the two and noticed that Irene met a young man twice a week, after hours. That young man turned out to be Mario, a nursing assistant in the Hospital of La Paz.

An investigation online found that Mario was an active militant and a Covid-19 denier, which made them suspicious. But on checking they found he could not be the source of the false certificates as he would not have access to the database.

So they went about pretending to be potential customers to gather the evidence they needed. What they found was another nurse was being given a share to issue the certificates, with the money being put into cryptocurrency accounts to try and hide it.

But they also did spend it drawing further attention to themselves, with the network growing and the number of customers increasing.

In the end, the police arrested 15 people involved in the selling and issuing of false certificates.

What makes this case even more bizarre is that Mario contracted Covid-19 and need to be vaccinated to be able to return to work, but he couldn’t do that as a denier. So that’s when he approached his would be accomplice, who helped him out. It was at that point, Mario realised that they could make money offering the false certificates.

Perhaps the political shenanigans, the Ukraine war and the rising cost of living has pushed this story into the background a little more than it should have. But it is likely to run as more and more names become public knowledge.

The “Jenner Operation” has uncovered at least 2,200 famous people with false Covid-19 vaccination certificates after these were bought from a nurse.

Amongst those that have been investigated are leading singers, musicians, football stars, business people, politicians and top medical personnel.

The scandal involved people being added to the National Immunisation Registry in exchange for money, with many of them familiar faces and household names.

The latest of these to be charged is the President of PharmaMar José María Fernández Sousa-Faro, an IBEX 35 company, and one of the largest pharmaceutical companies in Spain. The company is dedicated to researching drugs including cancer, Alzheimer’s and yes, Covid-19.

The 76-year-old businessman, who has not yet been summoned to testify, was included in the lists to reflect that he had received the third dose.

The leader of the network was a nursing assistant at the La Paz University Hospital, where he is accused of charging more than €200,000 euros for fraudulently registering 2,200 people as vaccinated in the National Registry against Covid-19. He has been arrested and is currently in custody.

Among those accused are Bruno González Cabrera, a defender who played for Betis, Getafe, Levante and Valladolid. Fabio Díez Steinaker in beach volleyball, runner-up in Europe and fifth in the Sydney Olympic Games. The former Valencian boxer and wrestler José Luis Zapater, alias Titín, who starred in more than a thousand fights.

According to the police who are investigating the 2,200 over false Covid-19 vaccination certificates, the fee was dependent on your social standing. The more important you were, the higher the price.