Eight arrested in connection with a kidnapping last January in Mijas, Malaga 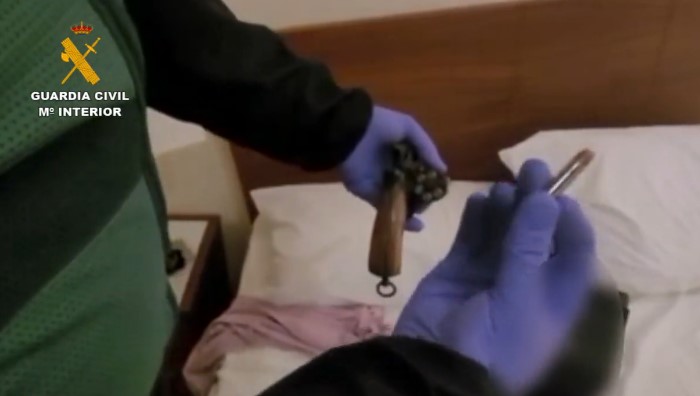 Eight people arrested in connection with the kidnapping of a person in the Malaga town of Mijas last January.

As reported in a statement by the Guardia Civil today, Friday, May 27, eight individuals have been arrested in connection with a kidnapping incident that occurred in the Malaga municipality of Mijas last January 12.

‘Operation Costala’ was launched after the Guardia Civil was alerted to the presence of three people travelling in a vehicle, who got out of it and beat up another individual in a street in the Mijas Costa town of La Cala de Mijas. They allegedly bundled him into their vehicle and left the area at high speed.

An investigation was immediately initiated to determine the whereabouts of this person. A few hours later, an individual with the same physical characteristics appeared in the Malaga town of Manilva with multiple contusions on his body and with a bullet wound in one of his arms.

The victim was admitted to a hospital where he had to undergo surgery. His statement corroborated the initial information received, confirming that his captors demanded the payment of €100,000 as an essential condition for his release, and that at one point he was able to flee, at which point he was shot.

After numerous investigations, the investigators managed to locate the house in Manilva where the kidnapping took place. They found evidence of the crimes committed, including the bullet fired at the victim.

From that moment on, a phase of identification of the people who had been involved in this event began. Those involved are part of an alleged criminal organisation dedicated to drug trafficking. Their arrests took place in the Malaga towns of Mijas, Benalmadena, and Fuengirola, as well as in Algeciras and Madrid.

During property searches, the Guardia Civil seized a firearm with ammunition of the same calibre as the projectile seized in the Manilva house. They also confiscated €100,000 in counterfeit banknotes, and a scanner for detecting electronic devices. The counterfeit money was believed to be payment for a possible failed drug transaction between the perpetrators and the victim.

The eight detainees are suspected of being the perpetrators of the alleged crimes of belonging to a criminal organisation, illegal detention, injuries, and illegal possession of weapons.