How the beer in Spain benefits us, both inside and out 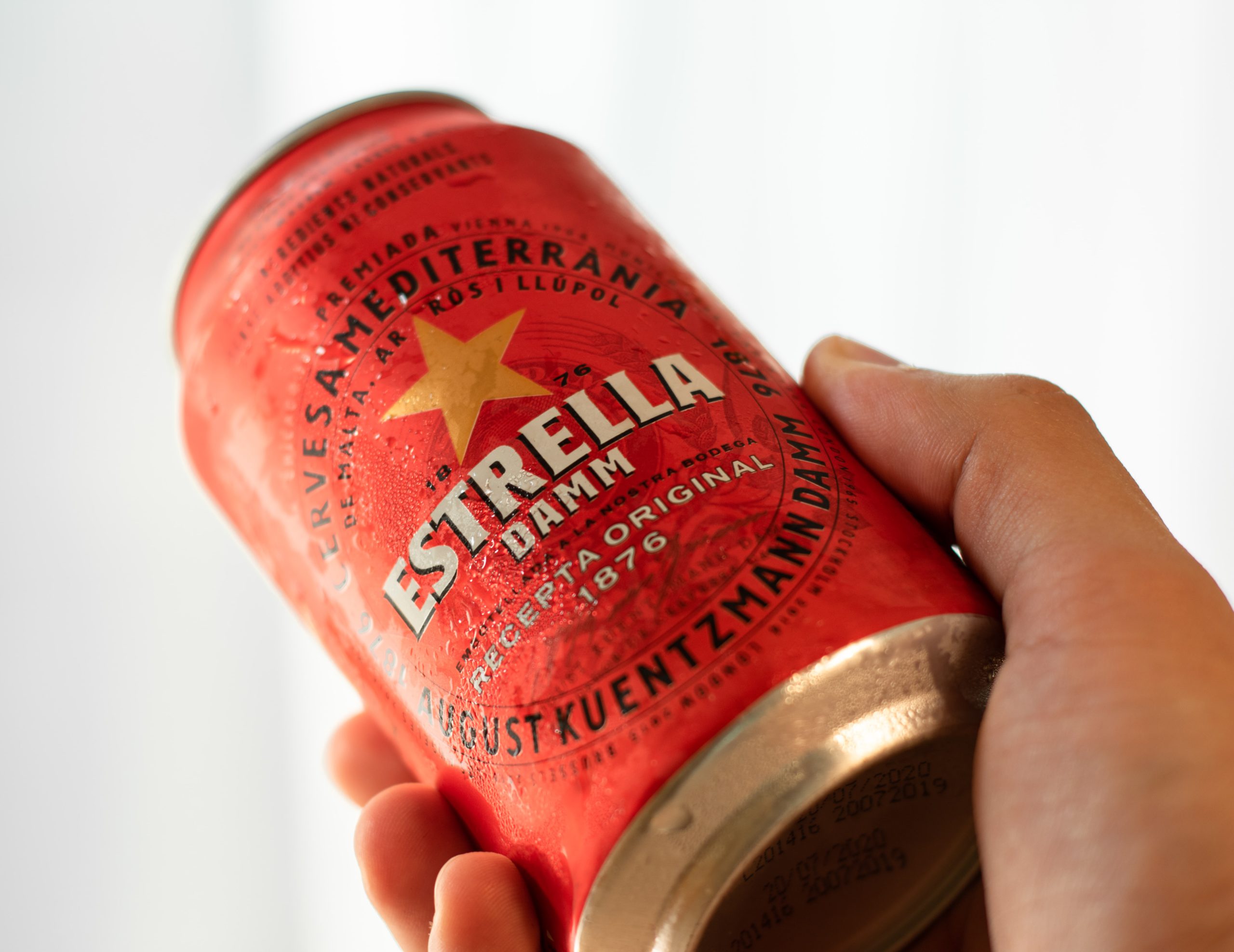 How the beer in Spain benefits us, both inside and out. Image: Nestor Cañizalez /Unsplash

EVER wondered if beer can benefit you, well Aladinia.com has provided an insight into how the beer in Spain can help you inside and out.

Beer is the drink most consumed by Spaniards, in fact, more than 80 per cent of alcoholic beverages consumed in Spain are beers, ahead of wine and spirits, according to data handled by www.aladinia.com.

However, according to Aladinia, which is the number one website in Spain in experience gifts, it is not only drunk for its taste, freshness and nutritional benefits, more and more people are looking for its properties as a beauty supplement.

Beer is an alcoholic beverage fermented from a cereal, nowadays barley malt is used, but throughout history, it has been made with other cereals such as rye, spelt or oats.

The first written recipe that we have dates back to 3300 BC, from a Sumerian people, the women prepared a spiced barley bread and left it to ferment in water, after a few days they drank this liquid, considered “beer”. But it was really the Egyptians who perfected the recipe.

At that time, barley was so expensive that a variety of wheat called spelt was used. It has been present in all civilisations, the Romans, the Greeks, the Gauls, and the Germanic peoples, right up to the present day.

Gradually beer became a popular drink and was consumed beyond the home and small breweries. Today it is the second most-consumed drink in the world, and craft beer has become popular again, giving it a touch of quality and exclusivity.

Beer is not only one of the star drinks because of its flavour and the great variety that exists, but it also contains many properties that make it beneficial, as long as it is consumed in moderation, for health, for its multiple nutritional properties as well as a complement for beauty.

The experts at Aladinia.com show us its most outstanding benefits:

– It contains B vitamins, which are key to the proper functioning of the brain and nervous system.

– It contains iron, especially dark beer, which is involved in the proper functioning of respiration.

– It has calcium, which improves bone health.

– It provides fibre, which can be beneficial for cholesterol.

– It contains phytochemicals, which can promote kidney health.

– Thanks to silicon, it can protect against degenerative diseases such as Alzheimer’s disease.

– It provides polyphenols, with antioxidant properties that are beneficial for ageing and cardiovascular health.

– It has magnesium, which helps to maintain normal muscle function.

– Its high folic acid content is essential for the maintenance of cell life.

– It is rich in potassium and low in sodium, so it has an important diuretic function.

Properties as a beauty supplement

Beer is increasingly used as a beauty supplement, thanks to compounds such as vitamins, fibres and proteins, it can be beneficial for skin and hair. Hops are soothing and act as a natural sedative, it is a powerful anti-ageing agent, and barley is full of antioxidants and vitamins that nourish the skin, hair and nails. Its main properties are:

Properties for the skin

Beer is a good complement for skincare, thanks to its silicon content it helps to open the pores contributing to the elimination of blackheads and pimples. B vitamins and biotin help to eliminate toxins and regenerate the skin, making it look healthier and younger and reducing wrinkles.

Beer can be used in different ways on the skin, it is advisable that it is without alcohol so that it does not irritate, you can make cleansing with cotton wool soaked in beer, then wash the face with warm water.

You can also make a mask by mixing rose water with beer and a little lemon juice, pouring a small amount on the skin, avoiding the area around the eyes and mouth and leaving it on for ten minutes, removing it with a cotton pad and then wash your face.

Beer provides the hair with moisturising properties, thanks to the malt and hops the hair becomes shinier and softer. Vitamin B, folic acid and biotin help to improve the appearance of the hair and make it stronger.

Vitamin B, folic acid and biotin make beer contribute to improving the appearance of hair by strengthening it and providing protective, soothing and oil-controlling properties. It is also attributed to lightening properties, it is said that blonder hair can be lightened if beer is used. It is always advisable to use non-alcoholic beer, as it dries out the hair.

There are several ways to use it, you can make a homemade mask with beer or even spray it directly, it is always advisable to open the can a few hours before to remove the gas. The easiest way to use beer on your hair is to spray it directly onto previously washed hair, you can mix it with a few drops of olive oil, leave it on for a few minutes and then rinse it off.

Another option is to make a beer mask with yoghurt, stir and pour the paste that is formed on the hair as if it were a mask, leave it on for ten or fifteen minutes and then wash with the usual shampoo and rinse.

Beer has four main ingredients, hops, water, barley and yeast, the latter is a great ally to strengthen weak nails, it contains zinc and biotin that regenerates tissues and makes nails stronger. A lack of glycine causes brittleness and abnormal nail growth, leading to peeling of the nail layers, chipping and flaking.

Brewer’s yeast contains glutathione, which is made up of three amino acids: glycine, glutamic acid and cysteine, which promote the formation of keratin that helps to keep nails in good condition. Good home treatment for nails is to put beer in a container and soak your nails for fifteen minutes, then wash your hands regularly.

Due to all these properties and benefits, there are more and more plans that can be made around beer, Aladinia.com shows five very original proposals to enjoy beer:

A beer spa is a perfect activity to unwind, either as a couple or with friends. It is a wellness centre where you can enjoy the benefits of beer by immersing yourself in it. It is a barrel of warm water, hops, malt and yeast where you can relax and enjoy a cold beer.

The origin of the beer spa dates back to 2,000 years ago when in ancient China and Egypt it was used to treat numerous ailments, nowadays it is used all over the world as it has many benefits such as releasing toxins, improving the condition of the skin and hair, relieving pain, reducing stress, etc.

It is important to know that you should hydrate before, during and after a beer spa to get the best health benefits.

This activity can be done in Beer Spas, which can be found in Granada, Alicante, Cadiz and Tenerife.

Prices at Aladinia.com are from 56 euros per person including a beer bath, unlimited Alhambra beer tasting, traditional aperitif, beer sauna and a relaxation area with a barley bed for one hour.

A fun pairing in Barcelona to discover the exquisite combinations that can be made between cheese and beer. All cheeses, even the mildest, have complex aromas and flavours that tend to prevail over their companions, making it difficult to know which is the perfect combination.

There is also a multitude of beers with very different aromas, textures and characters. This course, offered by Gastronomía Activa, shows how to make a perfect blend and helps to discover other more daring combinations that reinforce the union between cheese and beer.

It includes the tasting and pairing workshop for two and a half hours, the necessary material, an informative dossier and a certificate of attendance for 50 euros per person.

Another option to escape from the daily hustle and bustle is to have a massage with beer oil, the gentle movements will relax all parts of the body to the maximum, and the muscles will be worked to be like new together with the properties of beer that will help to increase vitality and prevent skin flaccidity.

This massage made with hops and yeast body oil will help relieve all kinds of ailments and leave the skin visibly more cared for.

These massages are also available from Aladinia.com at the Beer Spa in Granada, Alicante, Cadiz and Tenerife, and include the one hour massage and a beer for 75 euros per person, although there are different types to choose from, relaxing, holistic, draining or decontracting, with varying prices.

4. Tasting of craft beers and tapas

Over the years, beers have evolved, but nowadays it is becoming more and more fashionable to discover the different flavours of a multitude of craft beers. This tasting offered by Vino Premier in Madrid includes, for only 12 euros, the tasting of three craft beers accompanied by three tapas. A unique experience with an unforgettable mix of flavours and sensations.

There is nothing better than visiting a brewery to learn about all the properties it has. You can find out everything that is hidden behind each bottle with a guided tour, discovering anecdotes and stories about beer and learning a little more about the ingredients that make it. At the end of the tour, you will be able to taste several types of beer.

Aladinia.com offers visits to several breweries in Spain with prices ranging from 8 to 18 euros depending on the number of beers tasted. The breweries available are Estrella Damm in El Prat de Llobregat, Barcelona; MICA in Aranda de Duero, Burgos; Enigma in Alcalá de Henares, Madrid; Mond in La Rinconada, Seville; Génesis in Favareta, Valencia and The One Beer in Getafe, Madrid.