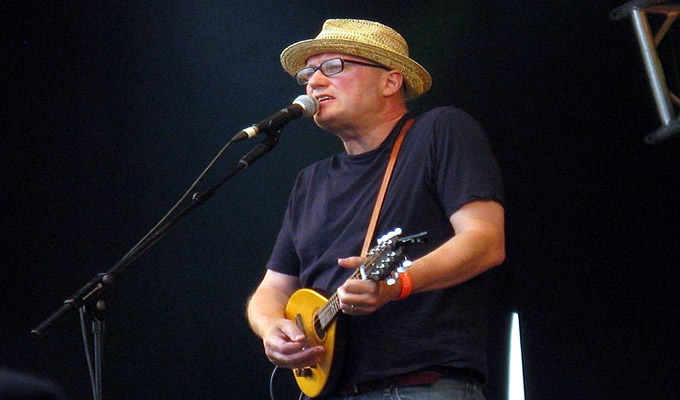 Comedian Adrian Edmondson has opened up on BBC Radio 3 about living with suicidal thoughts and poor mental health.

In an autobiographical essay, renowned actor Adrian Edmondson revealed how he has lived his life struggling to overcome suicidal thoughts and poor mental health. The 65-year-old explained his history in ‘Signs of Life‘, a piece written for ‘The Essay’ on BBC Radio 3.

“No one mentions the phrase mental health. No one talks about anything. And that attitude still persists in the ’70s. I don’t know I’ve got a mental health issue. I don’t like the tranquilisers. I stop taking them”, he said.

Edmonson told how after the breakdown of a marriage he attempted to commit suicide on his motorbike. Following that attempt to take his own life he was prescribed tranquilisers by the doctor at his university.

As his comedy career rose to great heights following success with ‘The Young Ones‘, and ‘Bottom’, with his co-star, the late Rik Mayall, Edmondson revealed that he started to view his suicidal thoughts as ‘normal’. “I’ve lived with suicidal thoughts all my life. I know how to do it”, he wrote.

In 2007 he quizzed Nigel Smith, his co-writer on their hit ITV sitcom ‘Teenage Kicks’, about why he was always so cheerful. Edmondson explained that he realised he was struggling when Smith responded that “suicidal thoughts are not normal. This is a shock, and it’s when I start to get an inkling that I might be nuts”.

The comedy genius also admitted that it took him around 20 years of being married to fellow comedian Jennifer Saunders before he plucked up the courage to discuss his feelings with her. He claimed he had “never found the right moment”.

Edmonson finally sought the help of a therapist after some close friends had died, even though his wife had previously tried her best to convince him to seek help. “I learn how aggressive these acts are towards everyone left. They devastate so many people and I resolve never to cause that amount of pain. Deciding suicide is not an option is a game-changer.”

A free 24/7 helpline is available from the Samaritans for anybody who might need to talk, on 116 123.