Irish ministers express their concerns over chaos at Dublin airport 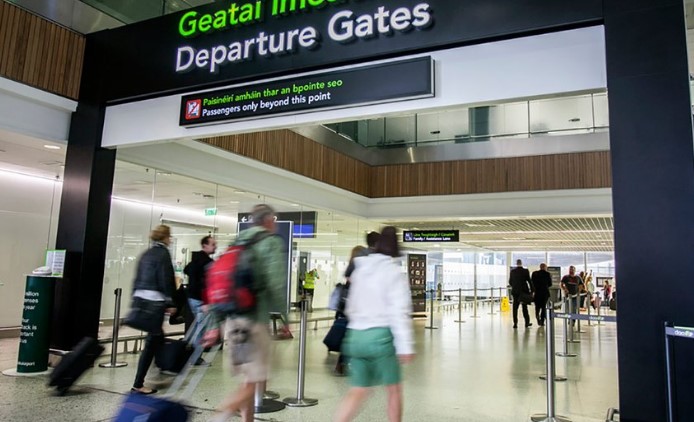 The disruptions at Dublin airport leading to some travellers missing flights have brought strong criticism from Irish ministers.

Officials at Dublin Airport have today, Sunday, May 29, come in for strong criticism from Irish ministers over the disruptions and delays being experienced by travellers. Some passengers even missed their flights due to the lengthy queues at the facility, according to a report by independent.co.uk.

As a result, in a statement released by the Department of Transport, demanding explanations from the airport, both Eamon Ryan, the Minister for Transport, and junior minister Hildegarde Naughton, expressed their ‘deep unhappiness’ at the situation.

“The passenger experience at Dublin Airport is falling far short of the service that our citizens and visitors should expect at our largest state airport”, read the statement from the ministers.

It added: “They said that it was not satisfactory that some people, who are following Daa guidelines, are turning up to the airport for check-in on time, but are still missing their flights. The situation is causing undue stress and potential cost to people, which is simply not good enough”.

Speaking from the Lebanon, Taoiseach, Micheal Martin, also voiced his concern. “The minister will be engaging with them, and the Government will be discussing this and reviewing this in terms of the huge numbers and the delays and so on”, he assured. Mr Martin added: “It’s not satisfactory”.

Dublin airport had warned earlier today of the possibility of ‘significant queues’. With 50,000 passengers expected to pass through the airport today, they warned them of long queues probably leading to some missing their flights.

Due to significant queues inside the terminal for check-in, bag drop & security, passengers queueing outside the terminal may not make their flight & may need to contact their airline to rebook. We sincerely apologise for the obvious frustration and inconvenience this may cause.

It is believed that a meeting will be held this Monday, May 30, where Ms Naughton will speak with Dalton Philips, the Daa chief executive about these issues at the airport.

Meanwhile, Kevin Cullinane, the group head of communications for Daa – the body that operates Dublin airport – told RTE Radio: “Significantly, we did not have sufficient staff manning sufficient posts throughout the airport to cope with demand early on and hence queues built up”.

“We clearly did not have enough lanes open in security from early on this morning, for the numbers who presented themselves at that hour of the morning. And that caused obviously a compounding effect throughout the morning”, Mr Cullinane added.

“We will look at each case on a case-by-case basis but we’ll be doing our level best to make sure that nobody will be out of pocket for missing a flight today as a result of these queues at Dublin Airport”, he concluded. Airlines were offering the option of a replacement flight later today, or tomorrow, Monday, May 30 he pointed out.