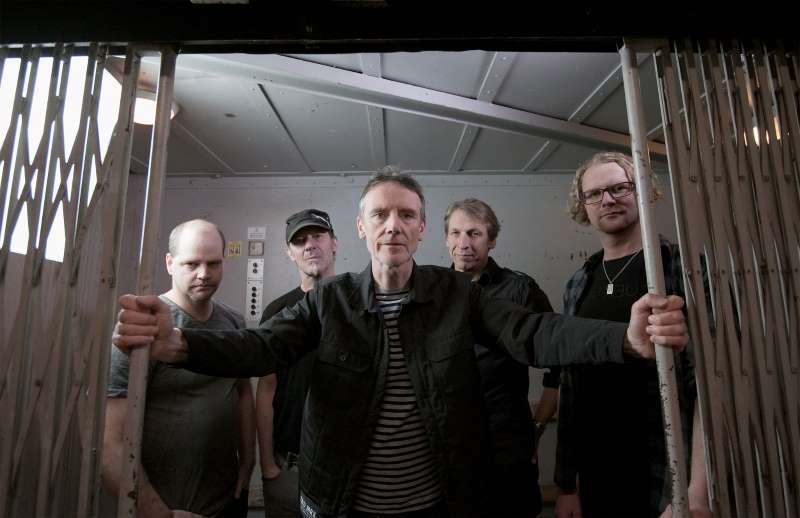 ONE of Finland’s best-selling bands is fronted by a Mancunian who travelled there with his Finnish girlfriend more than four decades ago.

Paul Oxley’s Unit, is a household name in Finland having had a stream of No1 singles and gold and platinum albums having also supported some of the great rock bands such as U2, Deep Purple and Toto.

Now a Finnish citizen, Paul only intended to spend a few months in the country but whilst there, he started singing with a local cover band who discovered that he was pretty good at writing songs.

They recorded a single and thinking nothing of it, he returned to the UK only to be summonsed back as it was getting a huge amount of airplay and as the saying goes, the rest is history, as the newly named band signed a recording deal with CBS records and released their first album, Living in the Western World which went platinum in 1981.

Apart from compilations, they released five successful albums in the 1980s and were basically gigging regularly to large audiences with a new album in 2016 followed by All the Gods were happy two years later.

After being together for 40 years, they decided to call it a day and embarked on a sell-out farewell tour of Finland in 2019 with their last gig taking place at popular rock venue Tavastia in Helsinki as that was where they first played all those years ago.

There’s a DVD of that concert due for release sometime this year once all of the editing has been completed.

Paul had also found an affinity with Spain and spent some time in 2018 and 2019 living and occasionally playing in Fuengirola with his side band Paul Oxley’s Acoustic Circus which includes Spanish musicians.

The original intention was for Paul to concentrate on this other band but the pandemic caused disruption to all of his plans and although he managed to release one album, Jungle, all ideas of touring had to be cancelled.

Now things have changed again and by complete accident after 25 years, he bumped into Brian Hammond, an old friend from Manchester who was keyboard player with the Unit for some years and the two of them will be joining up with other members of the band to take part in a documentary telling the story of the recording of their second album Both sides of the Equator at Rockfield Studios in Wales.

On the back of that and the fact that it is the 40th Anniversary of the album’s release, the band have agreed to reform for a single event only and will take part in a one-day concert in Stallors Park, Ekenäs in Finland on August 6.

There’s a new single planned as well plus Paul who now divides his time between England and Finland wants to set up the cancelled tour for the Acoustic Circus which is sure to take in parts of Spain.

Thank you for reading ‘One of Finland’s best-selling bands is fronted by a Mancunian’ and remember that all articles produced by Euro Weekly News may be accessed free of charge.