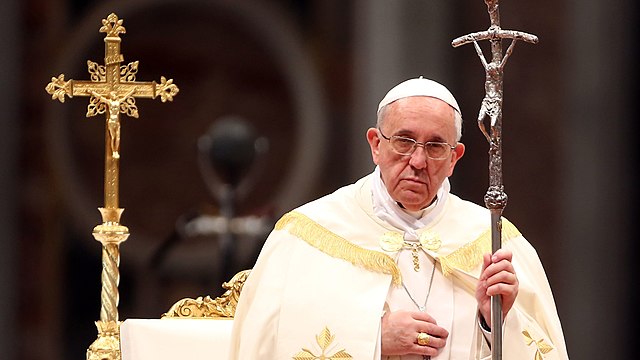 Sunday 29 May, Pope Francis has announced that he will create 21 new cardinals in August

Among the priests singled out by the pontiff to receive the prestigious red hat were two prelates from India and others from Mongolia, Ghana, Nigeria, Singapore, East Timor, Paraguay and Brazil, in keeping with Pope Francis’ determination that Church leaders reflect the global reach of the Catholic Church.

Pope Francis read the list of those elected at the end of his public appearance in St Peter’s Square.

At least 16 of the new cardinals will be under the age of 80 and therefore eligible to vote for the next pope in the conclave, according to 20 Minutos.

The pope also indicated that he would hold the consistory, the ceremony to promote his chosen to the rank of cardinal, on October 27.

Other new cardinals come from France and San Diego, California. Three of the names on the list are prelates who already hold positions of responsibility in the Vatican.

There are six main levels of the clergy and individuals work their way up the order, however very few will ever reach the top of the hierarchy. In fact, the majority of clergy members do not move past the second level.

The first level is Deacon who can practice in many similar ways to priests. They can baptise, witness marriages, and perform funerals.

The next level is Priesthood. After graduating from being a Deacon, individuals become priests. To become a priest, they must undertake the Rite of Ordination. This ordains them into the priesthood. During the ceremony, they promise to uphold the duties of priesthood and to obey their superiors.

The third level is Bishop, these are are ministers who hold the full sacrament of holy orders. Catholics trace their origins to the time of the apostles, who were endowed with a spiritual gift by the Holy Spirit at Pentecost. Bishops are required to be 35 years old, ordained at least five years prior and hold a doctorate in theology.

Next level is to Cardinal. Cardinals are leading bishops and members of the College of Cardinals. Their biggest duty is participating in the Papal Conclave, that is, voting for the new Pope.

The highest honour a member of the clergy can receive is to be elected as the leader of the Catholic Church. The Pope is elected by cardinals following the death or resignation of a Pope. There is no limit to how many years a Pope may hold his office.