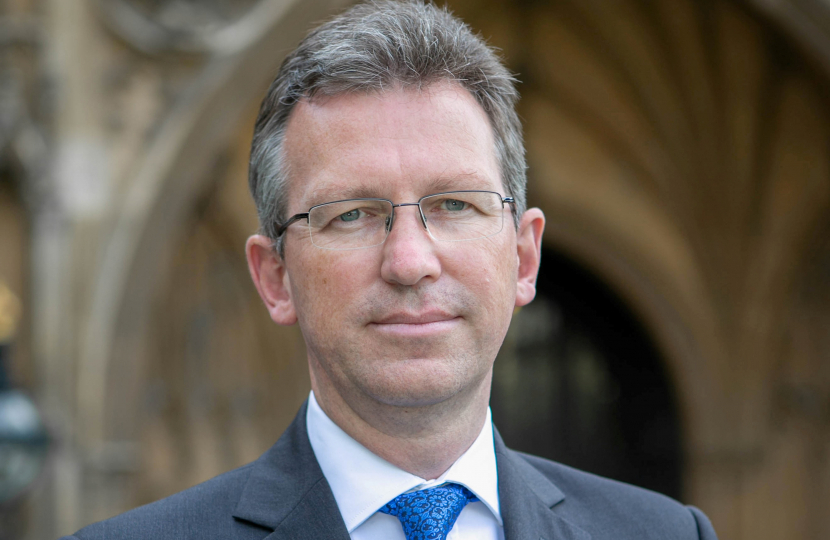 The North West Leicestershire MP confirmed to his constituents he had submitted a letter of no confidence saying: “I did believe that during the initial stages of the Russia/Ukraine war that it would be wrong to have a leadership contest.

“There have however been further revelations over the past week and there is obviously and rightly still a lot of anger about the culture in Number 10 during the lockdown period.

“I and colleagues have put in a letter of no confidence over the past few days and it may well be the numbers are close to triggering a vote of no confidence. This would give the Parliamentary Party the opportunity to register whether they believe Boris Johnson is the person to continue leading the party or not.”

Prime Minister Boris Johnson continues to retain the support of many within his party but there is a growing sense of discord as individual MPs feel the heat from their constituents. Johnson, who denies he has done any wrong and has refused to resign, is facing increasing pressure from the slow trickle of MPs calling for him to go.

Latest is Elliot Colburn, one of the youngest MPs in the Conservative Party, has emailed his constituents to say that nothing within the Sue Gray report or the Met Police investigation has “convinced me that my decision to submit a letter to the 1922 committee (which I did some time ago) was the wrong one.”

One of the first to call for Johnson to go, Colburn submitted his letter to the 1922 committee back in February.

The MP for Carshalton and Wallington told Sky News that: “Further questions and revelations have subsequently come to light” since the end of the Met investigation and publication of the Sue Gray report.

“I am especially appalled at the revelations of the poor treatment of security and cleaning staff at No 10, so my letter remains submitted.”

Earlier in the day former Culture Secretary and Attorney General, Jeremy Wright also made the call for Johnson to go.

Posting on his website he said: “Accountability and restoring faith in good government required more than apologies and the moving on of civil servants if the government is to deliver on its election promises.

“It now seems to me that the prime minister remaining in office will hinder those crucial objectives.

“I have, therefore, with regret, concluded that, for the good of this and future governments, the prime minister should resign.”

It is not known how many letters have been submitted to the 1922 committee, with 54 needed to trigger a leadership election although that would not necessarily result in his removal.

Although Wight accepts that Johnson may not have believed he was breaking the law at the time, in his view, he was clearly negligent, which is why he had publicly called for Johnson to resign.