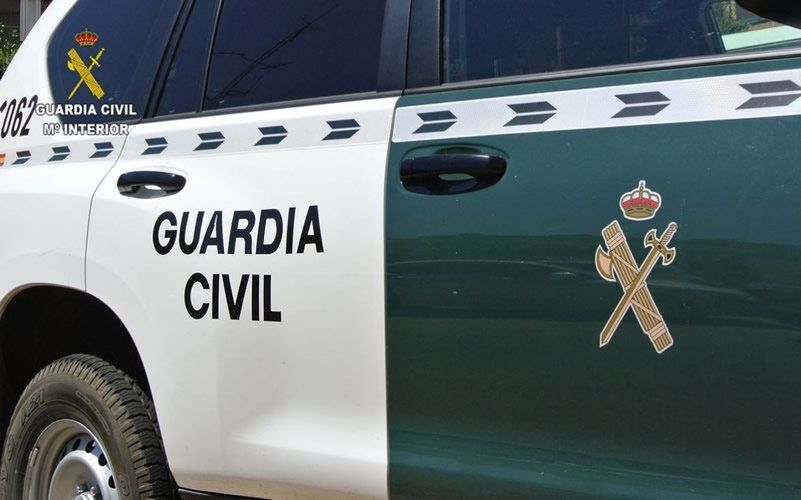 A 76-year-old man was allegedly beaten to death during an argument between two neighbours in the Malaga municipality of Almachar.

As reported by sources close to the incident, Guardia Civil officers arrested a person this Sunday, May 29, for allegedly killing another man in the Malaga municipality of Almachar. It is believed that the fight was triggered by a dispute between neighbours over some land boundaries, according to malagahoy.es.

These same sources explained that the events took place at around 7pm on the afternoon of Saturday, May 28, in a field area called Lomas de Cutar. Apparently, there was an argument between the two neighbours, which ended with one hitting the other, allegedly with a stick, causing the death of the 76-year-old victim.

The source indicated that the event could have been triggered when the 34-year-old detainee was driving his car through the lane that gives access to his farm. He could not enter his property because his neighbour was blocking the way with his vehicle.

As explained by the source, this dispute over borders between the two had “been coming for a long time”, so when asked to move his vehicle as it was “on his land”, the older man refused, and the fight ensued.

The Guardia Civil has an investigation on its hands that has no witnesses. In fact, according to 112 Andalucia Emergency services, it was the detainee himself who alerted them to the older man’s injury.

112 immediately deployed the Guardia Civil, along with an ambulance, to the location. By the time they arrived at the scene, the 76-year-old was dead from a serious head injury. A stick with blood on it was reportedly recovered at the scene.

A resident of Almachar, the detainee had moved to live in Velez-Malaga the neighbours said, explaining that he was a ‘very calm person’, who had never caused any trouble in the town.

“He was an athlete, he liked to walk through nature”, added another resident, “and he had never gotten into trouble or fights. His daily life was to go from the field to his house”.

The detainee has been transferred to the Guardia Civil barracks in Velez-Malaga, with the force continuing to investigate the facts surrounding the incident.