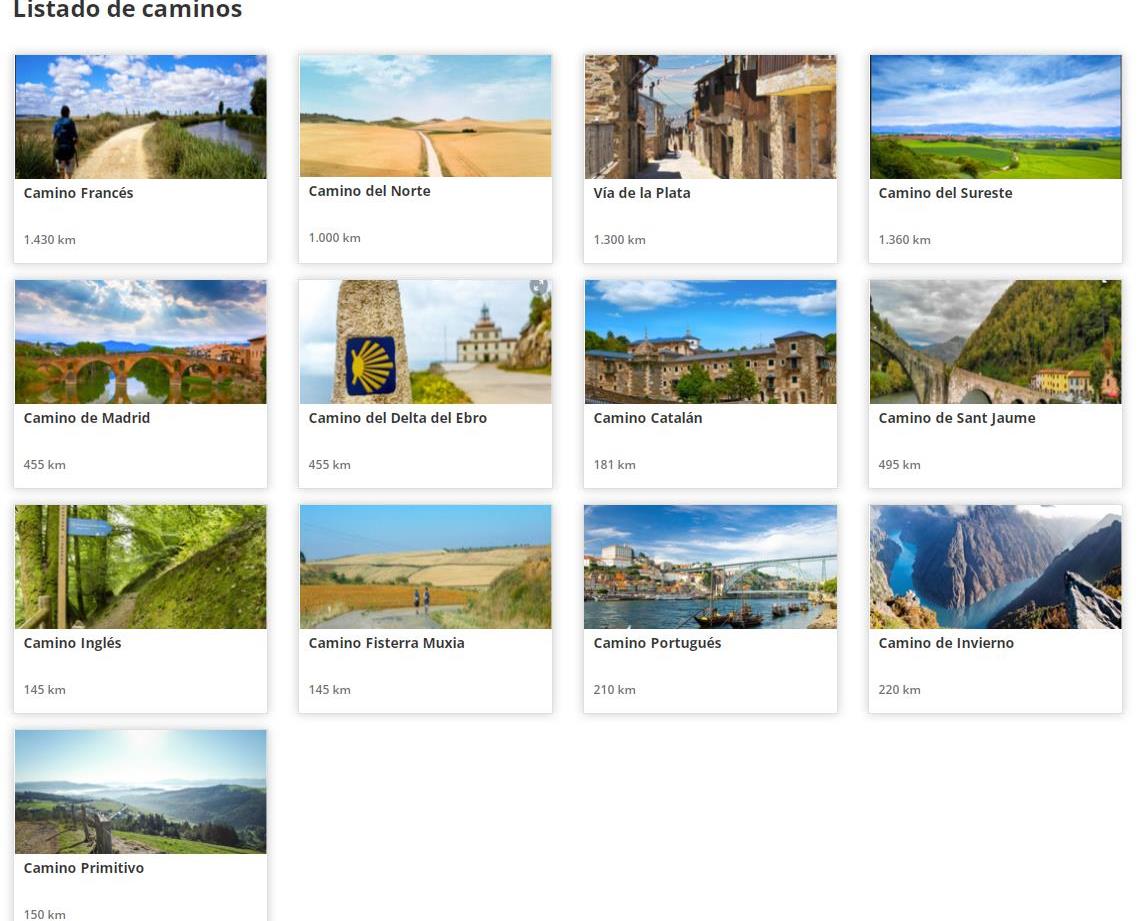 A list of routes for the Camino de Santiago pilgrimage was reissued by The Spanish Directorate General of Traffic ahead of the summer months.

“🤔 Are you thinking of making a pilgrimage to Santiago de Compostela this summer? 🧭 Choose your itinerary and check out the digital guide of the  DGTes to walk the route safely ⤵️ 🌐 https://caminodesantiago.dgt.es”

“The Directorate General of Traffic (DGT) aware of the values that unite us and the symbolic fact itself (the road) has joined the celebration of this historic milestone Xacobeo 2021, claiming its role both in the fight against road accidents, ensuring safe mobility through proper traffic management, and in the protection of vulnerable users (pedestrians, cyclists and motorcyclists) offering pilgrims a guide of tips and a digital tool to help make their Camino safer.”

The DGT lists 13 different routes of varying lengths with the longest being the “French” route at 1430km and the “English” route being one of the shortest at 145km. The DGT website states:

“The French route is the Jacobean itinerary with the longest historical tradition and the most internationally recognised. It was described as early as 1135 in the Codex Calixtinus, the fundamental Jacobean book. Book V of this codex constitutes an authentic medieval guide to the pilgrimage to Santiago.”

“The French route starts in the French town of Saint Jean Pied de Port, located in the Pyrénées-Atlantiques department. Within Spain there are two main routes that cross the Pyrenees: one goes through the Somport pass to go down to Canfranc and Jaca (Aragonese Way), or through the surrounding valleys of Ansó (Hechó) or Tena (Sabiñánigo); and the other through the Ibañeta pass to go down to Roncesvalles and Pamplona (Navarrese Way). ”

“Both main routes join at Puente la Reina (Navarre) under the name of “Camino de Santiago” to go west.”

“The shorter 145km English route, with its very name “English”, denotes its origin, as it was mainly used by medieval English pilgrims and pilgrims from northern European and Baltic countries who disembarked in the port of La Coruña or others in the area, to then finish their pilgrimage to Compostela along this route.”

“The English route has two alternatives in Galicia: the route from A Coruña (shorter) and the Ferrol route. Both, full of attractions and history, meet halfway, in the town of Bruma, where they continue together the last 40 km to Compostela. The total length of this route is 145 kilometres divided into 6 stages.”