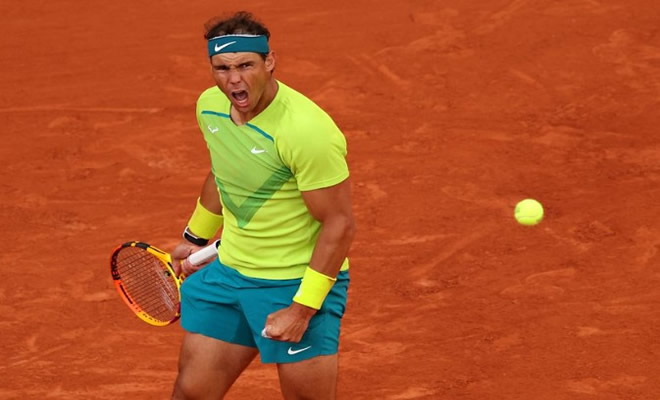 Rafa Nadal and Novak Djokovic set up a thrilling quarterfinal encounter at the French Open in Roland Garros.

Rafa Nadal endured a tiring five sets of tennis today against Canada’s world No9, Felix Auger-Aliassime, to reach the last eight of the French Open in Roland Garros. It took the legendary Spanish tennis star a marathon of almost four and a half hours to achieve though.

This must raise the question about how much he has left in reserve for his next match, a thrilling clash with world No1, Novak Djokovic. The Serbian disposed of Argentina’s Diego Schwartzman in a completely different duel, with a three straight three sets victory needing just over two hours.

Nadal dropped the first set of this tournament against the Canadian, who is coached in Mallorca by his uncle Toni. The crowd at a packed Philippe Chatrier court witnessed an incredible match, with a lot of twists and turns, as the eventual 3-6, 6-3, 6-2, 6-3, 6-3 scoreline showed.

Under the guidance of Toni Nadal, Aliassime is clearly developing into a force to be reckoned with. So far this season he has already been a quarterfinalist in Australia, and won his first title in Rotterdam. On clay, he reached the last eight in Rome, Madrid, Estoril, and Barcelona.

Toni Nadal only started working with him a little over a year ago, but in Sunday’s encounter, to respect his nephew, he decided to stay on the sidelines, sitting in the presidential box with the president of the French Tennis Federation.

It sounds hard to believe, but this is only the third time in his career that Nadal has had to face a fifth set in Paris. In the previous two, against Isner in 2011, and against Djokovic in 2013, he emerged victorious.