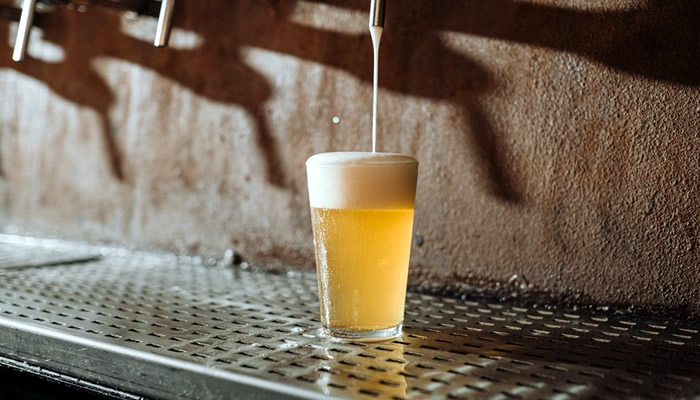 Photo of a glass of beer. Credit: Pixabay - cottonbro

A spicy craft beer based on red chilli peppers has been launched by Factoria Cruzcampo in Sevilla.

He described it as: “A beer with a strong accent, and a lot of rock’n’roll, which will raise the temperature of even the most beer-loving brewers. The American IPA style was the perfect one to sustain all the strength that we wanted to communicate with this beer. For beer lovers, this style is like the old rocker that never dies”.

“The IPA style resurfaced in the ’70s with the arrival of its American variant, as one of the forerunners of the new golden age of artisans that continues to this day”, Jimenez pointed out.

According to the California Brewers Association, specifically, California is considered the cradle of the Craft Beer movement in the United States, where the sector has 700 breweries.

Cruzcampo with red hot peppers is a reddish-coloured beer with a slight turbidity, as it is unfiltered. With a tropical flavour and aroma, with hints of coconut and vanilla combined with the spiciness of the red chilli. It is softened thanks to the moderate-high bitterness of this hoppy beer (6.6 per cent alcohol content).

Almost a year after the opening of Factoria Cruzcampo, its microbrewery has not stopped working, with up to 24 recipes of different styles and varieties of craft beer. It is a place full of symbolism for the brand, where the respect that comes from being in the place where the first Cruzcampo was made in 1904, comes together with the nerve to look for different things, unique in each new creation.

“As happened with wine at the time, interest in beer culture is witnessing a spectacular boom”, informed Irene Pascual, another of the brand’s master brewers. “From the Factoria Cruzcampo microbrewery we can see every day how curiosity grows about everything that surrounds beer: the way it is made, the styles, the varieties, the pairings”, she concluded.

Cruzcampo with Hot Red Chilies is now available for a limited time at Factoria Cruzcampo, where it is brewed alongside other varieties and styles of craft beer that can only be sampled right there. More information about these beers and beer culture experiences can be found at:  www.factoriacruzcampo.es.