Minister promotes ties between Scotland, Denmark and the Faroes 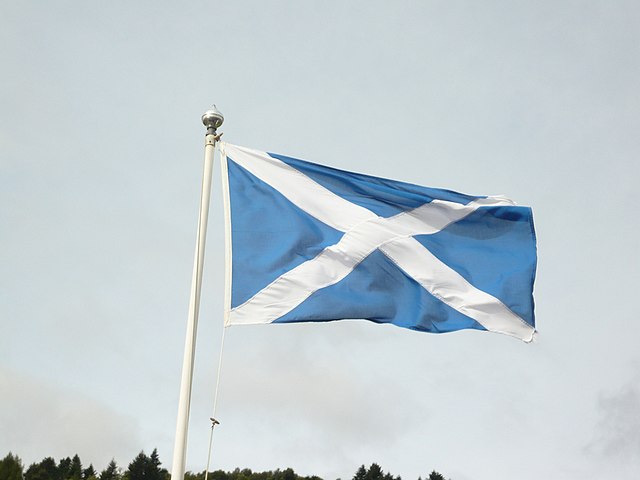 Scottish exports to both countries are worth more than £695 million (€ 817 million) a year alone., according to the UK government website.

In total, the UK and Denmark have a £12 billion (€ 14 billion) trading relationship (imports and exports) and the figure is £881 million for the UK and Faroes.

UK Government Minister for Scotland, Iain Stewart, undertook a packed programme in Copenhagen and Tórshavn, including:

The Minister also discussed sanctions against Russia and the issue of Russian vessels in Faroese-UK shared fishing waters.
Minister Stewart said: “Scotland plays a vital role within the United Kingdom and it was an honour to promote our interests in Denmark and the Faroe Islands to encourage greater trade links to directly benefit Scottish communities.”

“We greatly value the strong and important ties between the UK and our European friends, neighbours and fellow NATO members. There are enduring cultural, business and trade links between Scotland and Nordic countries.”

While in Copenhagen, the Minister met with Her Majesty’s Ambassador to Denmark, Emma Hopkins, and Carsten Grønbech-Jensen, Denmark’s State Secretary for European Affairs and the Arctic. He also went to the Danish Parliament to meet MPs from the Foreign Affairs Committee.

There was also a visit to Avedøre power station, whose owner – Ørsted (Denmark’s largest power company) – has invested in the Salamander floating offshore wind project off the east coast of Scotland.

In the Faroes he met with the Ministry of Foreign Affairs director Gunnar Holm-Rasmussen and Minister Magnus Rasmussen from the Ministry of Trade. Discussions included shared opportunities from the fisheries sector and access to the jointly managed Faroes/UK Special Area in the North Atlantic.

He visited Bakkafrost (the firm which owns the Scottish Salmon Company) to talk about their plans for investment in Scotland and met executives from Føroya Tele, a public telecoms company, about rural connectivity and planned investments in Orkney and Shetland.

The Minister will also met the company that runs the archipelago’s network of road tunnels to see whether it could be feasible to implement similar links between the Scottish Islands. As part of the visit he saw the world’s 2nd-longest sub-sea road tunnel and first undersea roundabout.

He said: “It was fascinating to see how the Faroes are using subsea tunnels to bring communities on the archipelago closer together. With three tunnels already operating – including one with the world’s first undersea roundabout – another due for completion next year and a fifth in the planning stage, the Faroese are reaping the huge economic, societal and environmental benefits these fixed links bring.”

“The CEO of the company operating the tunnels was clear to me that he could see no reason why Shetland, Orkney and other Scottish islands could not help solve connectivity issues with similar subsea fixed links. I know this is a live issue under discussion between people on the islands and their representatives and I am happy to share my findings with them and the Scottish Government.”

“Ultimately it’s a matter for those on the islands as to whether this is something they’d like to see developed in the future. Cost is a factor, as it is for ferry renewals, but it’s more than about the pounds and pence – the Faroes have shown how such tunnels can help their communities not only survive, but thrive.”

At Tórshavn Military Cemetery, the Minister laid a wreath and paid his respects to World War Two casualties including British sailors who lost their lives when their ships were sunk by enemy action.

In both countries last week’s visit was supported by the British Embassy in Copenhagen, part of the UK’s extensive diplomatic network.