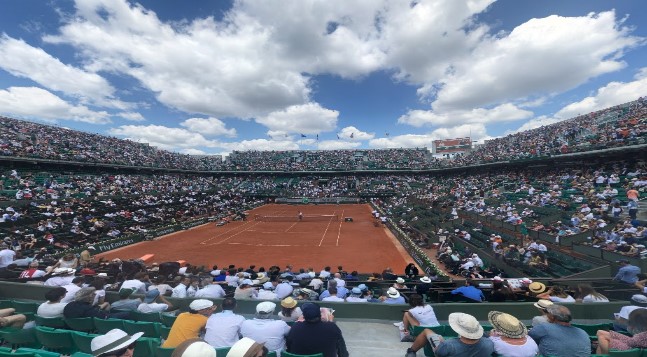 Spanish teenager Carlos Alcaraz has been knocked out of the French Open at Roland Garros by Alexander Zverev.

The quest by Spanish teenage Carlos Alcaraz to add the French Open title to this season’s collection is over. A thrilling match this afternoon, Tuesday, May 31, at Roland Garros in Paris saw the 19-year-old sixth seed bow out against Germany’s world No3, Alexander Zverev on the Court Philippe-Chatrier.

Their last meeting had been in the final of the Mutua Madrid Masters 1000, where Alcaraz totally humiliated his opponent, taking the title in just one hour of play.

Today’s victory sees the 25-year-old German progress to his second consecutive French semi-final. He will face the winner of the epic showdown that is being played right now, between Novak Djokovic and Rafael Nadal – a record 13-time winner in Paris.

Zverev won 6-4 6-4 4-6 7-6 (9-7), to stall the sensational young player from Murcia in Spain. Alcaraz had been in scintillating form coming into this match, but a string of errors against an experienced opponent were his undoing.

“I knew I had to play my absolute best tennis from the start” said Zverev after the match. “He is an incredible player and I told him at the net he will win this tournament many times, not just once. I hope I can win it once before he does – and starts beating us all”.

With the German two sets ahead, the outcome did seem a foregone conclusion, but then Alcaraz pulled a set back to send the crowd wild with delight. This was tennis at its very best level, but only one of them could go through, and a thrilling climax to the fourth set eventually sent Zverez into the last four.

Last time around, he had lost to Stefanos Tsitsipas in the semi-final. The Greek star has already made a shock exit from this year’s tournament. In three of his previous four Grand Slam semi-finals, Zverev has lost, so he will surely be hoping for a slice of good fortune in Paris.