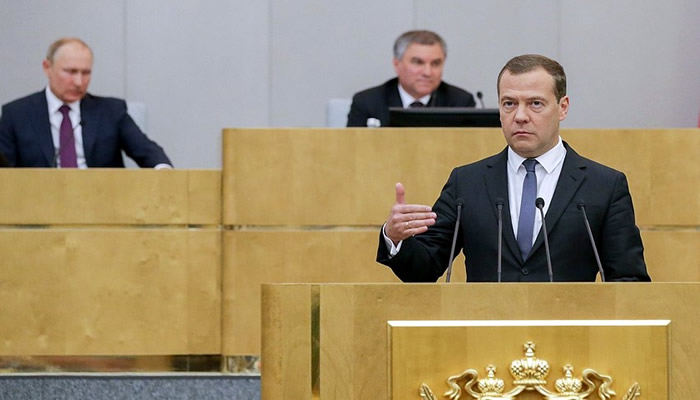 Posting in his official Telegram account today, Monday, May 30, Dmitry Medvedev, the Russian Security Council Deputy Chairman sent a chilling message to Western leaders. The top official warned that the Kremlin would not hesitate to fulfil its threats of a missile attack if Ukraine is supplied with weapon systems capable of hitting Russian targets.

“Biden said that the U.S. will not supply Ukraine with missile systems capable of attacking Russia. Reasonable!”, wrote Medvedev, according to mirror.co.uk.

He added, “Otherwise, when attacking our cities, the Russian Armed Forces would fulfil their threat and strike at the centres of these criminal decisions. Some of them are not in Kyiv at all. What’s next, there’s no need to explain…”.

Medvedev’s message was in response to an earlier announcement made by US President, Joe Biden. After a weekend in Delaware, the US leader was back in the White House. He attended the 154th National Memorial Day Observance at Arlington National Cemetery, and told reporters: “We’re not going to send to Ukraine rocket systems that strike into Russia”.

Recently, the Ukrainian government has been vocal in its request for longer-range weaponry that can strike back at Moscow. The US possesses the MLRS, or Multiple Launch Rocket System. This is a missile system that is capable of firing multiple rockets at targets hundreds of miles away.

In the next few days, a new package of military assistance for Ukraine is expected to be announced. During his dialogue, the president did not actually specify the MLRS, or whether it would be a part of this package. Although a senior administration official seemed to confirm that weapons capable of striking outside any battlefield zone would not be included.