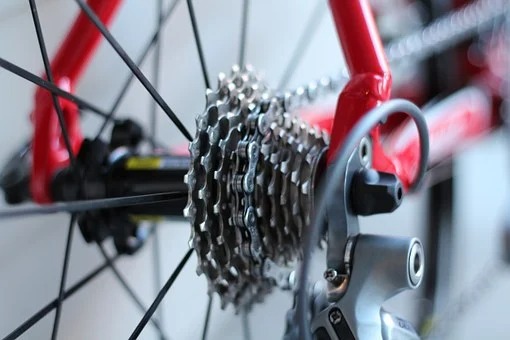 Image of a bicycle wheel and gears. Credit: Creative Commons.

A Ukrainian cyclist rode 70km on his bike to escape the Russian bombardment of his home.

Arif Bagirov is a 45-year-old Ukrainian cyclist who managed to escape the Russian bombardment by fleeing on his bicycle. He rode from his besieged hometown of Severodonetsk in the Luhansk region, for around 70km, to Bakhmut, a distance that he managed to cover unscathed.

According to Cycling Weekly, once he reached the safety of Bakhmut, a Ukrainian-controlled town, Bagirov boarded a bus to the capital, Kiev. As he explained, with the road from Severodonestk to Bakhmut bombed, the tactics he followed to save his life.

“There were holes in the road, everything was smashed up, including cars, and there was a lot of debris everywhere. After all, it is a front line road. Thank God, there were no bodies, but you could tell there were dead people there”, he revealed.

He continued: “I learned from my experience in Severodonetsk that shelling doesn’t hit the same target twice. He knew that if they bombed a factory, they would not bomb it again”. He watched where the shells landed and rode there, pointing out: “It was the safest route”.

Bagirov also had to deal with Russian warplanes during his journey, though he managed to avoid them simply by hiding out of sight. “I had to stop the bike and hide when enemy planes flew at me. I found a ditch to lie down in, and that’s where I hid until they passed by”, he noted.

He decided it was time to leave when a Russian shell hit the apartment below his. While it thankfully didn’t explode, he had to spend three days in the basement with limited electricity and water. With his ability to help others drastically reduced, Bagirov opted to leave on his bike.

“When I was riding my bike, I didn’t really feel that much fear, it was more of a feeling of anger: ‘This is my land, this is my country! And I will complete this trip no matter what’. It was my craziest trip on a bike. I rode long distances many times before, but not under such circumstances”, he concluded.