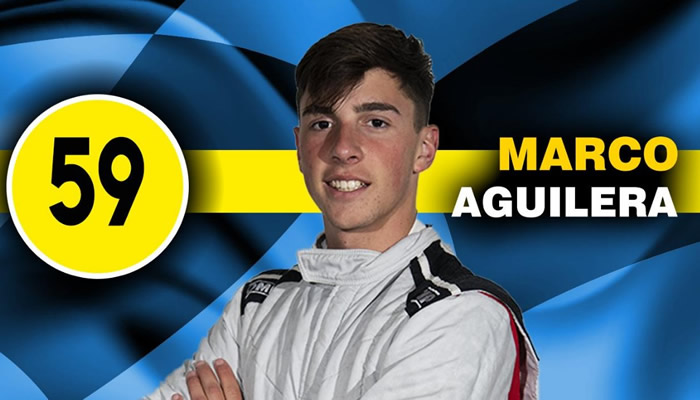 A young driver from the Malaga town of Benalmadena clinched three podium spots at the Spanish Touring Car Championship in Jerez.

The second round of the Spanish Touring Car Championship was held on the weekend of Saturday, May 28 at the Jerez Angel Nieto Circuit. Only one Andalucian was competing in this race, Marco Aguilera, the young driver from the Malaga town of Benalmadena.

Marco arrived in Jerez motivated by the great result he achieved at the Jarama circuit in Madrid previously, and wanting to make up for the bad luck caused by his crashing out in the second race, as reported by laopiniondemalaga.es.

In the practice session on Saturday morning, he took his Hyundai i30N CET around the track in Jerez for the first time. Aguilera subsequently achieved the third fastest time in the classification. He then had three races ahead of him, one on Saturday, and two more on Sunday, May 29.

Marco put up a good fight in Saturday’s edition, fighting until the last corners for victory and finally crossing the finish line in third position. In the two races on Sunday, he displayed a constant pace and great driving, which earned him the lead at times. He eventually achieved two very important second places towards the championship.

With these results, the championship race heats up, as Marco picked up a good handful of points, propelling him into the fight for the title. He occupies third position, only one point behind the second-placed driver, and nine points behind the leader. After the summer break, the next meeting of the CET will be on September 3 and 4 at the Motorland Aragon circuit.

Marco Aguilera was satisfied with his performance although he admits that he still has to work to improve his performance. “It has been a difficult weekend, but good as far as it goes. On Saturday we arrived a bit blind because we had never driven the Hyundai in Jerez, and it took time to adapt by getting a P3 in the classification and a very hard-fought first race in which we ended up P3″.

“On Sunday we got a P2 in both races, also very hard fought. Bittersweet in the last race, where victory eluded us, but overall a good weekend”, concluded the young man from Benalmadena.