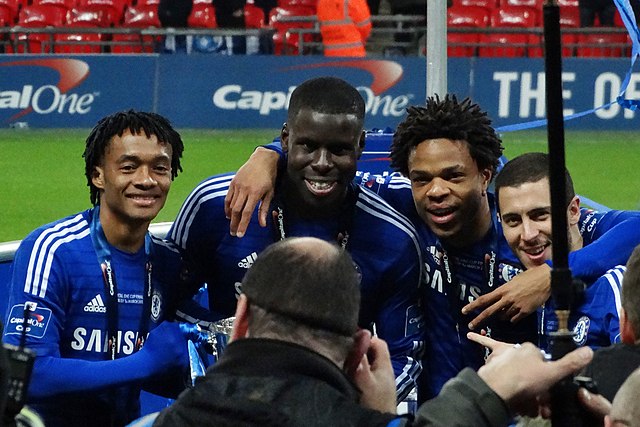 Shamed by the public back in April this year, West Ham footballer, Kurt Zouma, was filmed kicking his cat

Zouma has avoided jail after being sentenced to 180 hours of community service for pleading guilty to kicking and slapping a cat back in February, according to The Times.

Just three months ago, the Frenchman, 27, was filmed kicking, slapping and throwing the cat in disturbing footage filmed by his brother, Dagenham and Redbridge footballer Yoan.

The video took place in his home in London and was posted on Snapchat by Yoan just moments after it happened.

The footage shows the disturbing images of Zouma kicking a Bengal cat across his kitchen, before throwing a pair of shoes at it and then picking it up and slapping its head.

Kurt admitted two counts of causing unnecessary suffering to a protected animal by kicking it in the abdomen and slapping it on the head at Thames Magistrates’ Court last week.

District judge Susan Holdham said the abuse was “disgraceful, reprehensible and gratuitous” and for the brothers’ “own amusement”. “You both took part in this disgraceful and reprehensible incident with this pet cat.”

“Kurt, you were the owner of the two cats, you kicked and slapped either the same one or both of the cats – it’s not clear to tell from the footage whether it was the same or different cat. That cat looked to you to care for its needs,” she continued.

“On that date, in February you did not provide for its needs but you caused unnecessary suffering for your own amusement. These offences have been committed by you when you are a public figure and you must be aware lots of people look up to you and many young people aspire to emulate you.”

The judge also ordered Kurt to pay the RSPCA’s prosecution costs, which total over £8,000 and both will pay a £95 victim surcharge.

A West Ham United spokesperson said: “West Ham United wishes to make clear that we condemn in the strongest terms any form of animal abuse or cruelty. This type of behaviour is unacceptable and is not in line with the values of the football club.”

“Kurt admitted at the earliest opportunity that what he did was wrong. He has apologised without reservation. We hope that now the court has reached its decision, everyone will allow Kurt the chance to learn from his mistake and move on.”