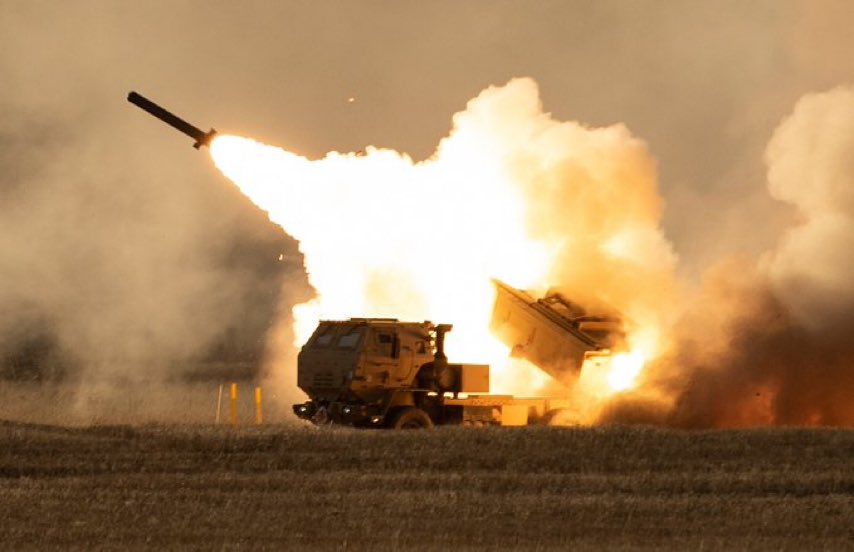 ON Wednesday, June 1, the US announced they were preparing a new military aid package for Ukraine – believed to be worth around $700 million (€654 million) – which will include HIMARS (High Mobility Artillery Rocket Systems) missile systems.

However, despite the military aid package announcement, White House press secretary Karine Jean-Pierre had to clarify that the US would not send long-range missiles to Kyiv, Ukraine.

The press secretary’s comments appear to be in line with President Joe Biden, who told reporters on Monday, May 30 that the US was “not going to send to Ukraine rocket systems that strike into Russia,” referring to long-range missile systems.

Biden is keen for the war not to escalate despite sending billions worth of aid to Ukraine.

The 79-year-old appeared to contradict himself, however, after writing in The New York Times: “We have moved quickly to send Ukraine a significant amount of weaponry and ammunition so it can fight on the battlefield and be in the strongest possible position at the negotiating table.”

“That’s why I’ve decided that we will provide the Ukrainians with more advanced rocket systems and munitions that will enable them to more precisely strike key targets on the battlefield in Ukraine,” he said on Tuesday, May 31.

Whether long-range missiles will be sent to Ukraine is yet to be seen but the Biden administration was clear on other weapons they would be sending.

Recently, Poland announced that they were set to acquire M142 HIMARS rocket launchers in order ‘to increase the capabilities of their forces’.

As noted previously, HIMARS is a lighter wheeled system that can fire many of the same types of ammunition as the MLRS.

For the US to send them the system, Ukraine has given assurances that they would not use them to fire into Russian territory.