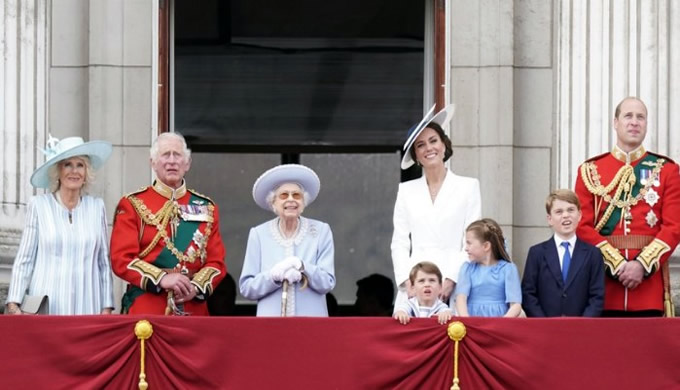 Buckingham Palace has announced that the Queen will not attend the National Service of Thanksgiving on Friday, June 3.

In a statement released this evening, Thursday, June 2, by Buckingham Palace, they announced that Her Majesty the Queen will not be attending St Paul’s Cathedral in London tomorrow, Friday, June 4. The 96-year-old monarch was scheduled to be at the National Service of Thanksgiving, according to dailymail.co.uk.

“The Queen greatly enjoyed today’s Birthday Parade and Flypast but did experience some discomfort”, read the Palace statement.

It continued, “Taking into account the journey and activity required to participate in tomorrow’s National Service of Thanksgiving at St Paul’s Cathedral, Her Majesty with great reluctance has concluded that she will not attend”.

‘The Queen is looking forward to participating in tonight’s Beacon lighting event at Windsor Castle and would like to thank all those who made today such a memorable occasion”, the statement concluded.

Her Majesty has had an action-packed first day of her Platinum Jubilee celebrations. Known to have suffered recent mobility problems, the Queen is believed to have experienced some ‘discomfort’ while appearing on the balcony earlier today at Buckingham Palace.

Tens of thousands of people gathered at today’s Trooping the Colour parade to catch a glimpse of the nation’s longest-serving monarch. The Queen joined other senior royals to enjoy the colourful occasion. Four days are lined up to celebrate her  70-year reign, culminating this Sunday, June 5, with a special pageant.

After arriving from Windsor Castle, the Queen had taken the salute, to which she exclaimed ‘incredible’, as the party began. A magnificent six-minute special tri-Service flypast featuring the RAF’s Red Arrows was quite a spectacle. Flying in a ’70’ formation, a stunning airborne display unfolded, featuring 70 aircraft including not only the famous display team, but also Typhoons, and Apache helicopters.

Prince Charles, Camilla, Prince William, Kate, and their children, Prince George, Princess Charlotte and Prince Louis, all joined Her Majesty on the balcony. There was no space though for the Duke and Duchess of Sussex, nor Prince Andrew. The latter was revealed today to have contracted Covid-19 so he was in isolation.