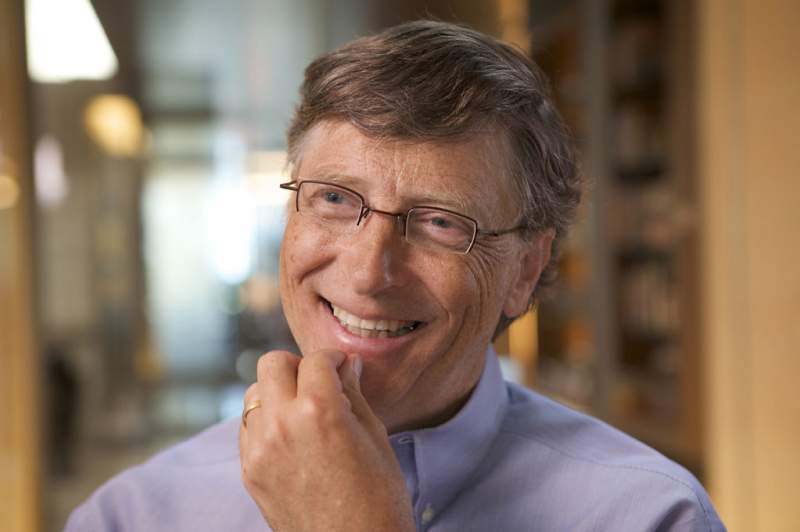 BILLIONAIRE Bill Gates hailed the “incredibly quick” creation of the first “mRNA vaccines” during the Covid pandemic and has now advocated for developing, manufacturing, and injecting vaccines even faster next time.

Vaccinated and boosted Bill Gates – who recently tested positive for Covid – has hailed the “greatest medical breakthrough of this pandemic [was] the creation of COVID-19 vaccines.”

In a new post on his website aimed at promoting his new book – ‘How To Prevent The Next Pandemic‘ – the billionaire called the Covid vaccine “one of the most important in decades” and noted that without it, ‘the number of death around the world would have been higher without it.’

“It’s horrifying to think what COVID-19 would be doing to humanity if it weren’t for vaccines,” he said.

“Scientists have never developed one nearly as quickly as they did in 2020, and the governments of the world have never run immunisation campaigns that were as fast and as far-reaching as the ones that took place in 2021.

“But there are also serious problems that we need to solve before the next potential pandemic comes along. One is the huge inequity in who has been vaccinated and who has not.

“It is both unjust and unwise to give a third shot to a healthy 25-year-old in a rich country before a 75-year-old cancer survivor in a poor country gets her first shot.”

The 66-year-old then noted another one of his concerns.

“Another concern is that the speed with which vaccines were created was only partly a matter of skill and diligence. It was also a matter of luck,” he said.

“Because coronaviruses had already caused two previous outbreaks (SARS and MERS), scientists had learned quite a lot about the structure of the virus.

“In particular, they had identified its charac­teristic spike protein—the tips on the crownlike virus you’ve seen a dozen pictures of—as a potential target for vaccines.

“When it came time to create new vaccines, they had a sense of what part of the virus was most vulnerable to attack.”

He then addressed the world’s reaction to future pandemics, something he touched upon recently during his meeting with Spanish Prime Minister Pedro Sanchez.

“In the next outbreak, we may not be so lucky. It could be caused by a virus that scientists haven’t studied as closely, or by one they’ve never seen at all.

“This is why the world needs to adopt a serious plan for developing, manufacturing, and distributing new vaccines to prevent another pandemic,” the business magnate said.

“The manufacturing alone is a huge challenge: To prevent the inequities we’ve seen in COVID-19, the world needs to be ready to produce enough vaccines for everyone on the planet within six months of discovering a new pathogen.

“That’s 8 billion doses for a single-dose vaccine and 16 billion for a two-dose version. In a typical year, around 5 billion or 6 billion doses are produced—that’s all vaccines combined.

“The plan needs to cover four steps, starting with accelerating the invention of new vaccines.”

Bill Gates then called for the quicker production of vaccines.

“During the pandemic, the process of creating a new vaccine got a huge boost (no pun intended),” he said.

“Typically, the process involves a lot of trial and error: Scientists spend years identifying weak spots in the virus and trying to identify vaccine candidates that would teach the immune system to attack them.

“The creation of the first mRNA vaccines during the COVID-19 pandemic was a big step forward.

“They work by delivering genetic code to your body that instructs it to make shapes that look like the weak part of the virus. Your immune system notices that those shapes are foreign and sets out to attack them.

“Once it does, it remembers what the shapes looked like and will attack them the next time they show up. That’s what makes you immune.

“One reason mRNA vaccines were so revolutionary is that they’re easily adapted for different pathogens. Once the weak spot of a virus has been identified—a process made much easier by recent advances in mapping viral genomes—it’s simply a matter of changing the genetic code in the vaccine so that it tells your body to make a new shape.

“This can be done in a matter of days.”

He added: “As a result, the development of new vaccines will be exponentially faster—as long as researchers have the same deep understanding of future pathogens as they did of coronaviruses

“So it is imperative to invest in basic research on a wider array of known viruses and other pathogens, so we understand as much as possible before the next outbreak.”

The founder of Microsoft then talked through the process of making a vaccine and highlighted that thought they were not getting to market quick enough.

“Once a vaccine has been invented, the second step is to test it and get it approved for use in humans,” he said.

“Typically, it takes years to run all the trials necessary to prove that a vaccine is safe and effective—including time spent recruiting tens of thousands of volunteers. Assuming the vaccine proves out, it can take another year to get it authorised by the WHO and the relevant government agencies.

“But when an outbreak is threatening to go global, we won’t have years. So we need ways to speed up the process without sacrificing the safety and effectiveness that people have come to expect from vaccines.”

He added: “The world should build on models like the RECOVERY trial in the U.K.

“It set up protocols for running drug trials in advance and built infrastructure that made it much easier to get started once COVID hit.

“In addition, the agencies that regulate vaccines need to agree ahead of time on how volunteers will be enrolled in trials and on the software tools that will enable people around the world to sign up as soon as the disease strikes.

“And by connecting diagnostic tests to the trial system, we can automatically suggest to doctors that their patients should join a trial if they’re eligible.”

The billionaire philanthropist then called for everyone to get vaccinated.

“The third step, once a vaccine has been approved for use in humans, is to make enough of it fast enough to stop the outbreak.

“Ending a relatively small outbreak might require hundreds of thousands of doses of a new vaccine, which is not hard to make. (The world already produces more than 5 billion doses of vaccines every year.)

“But countries need to be prepared for the worst—another big outbreak in which everyone needs to be vaccinated—so we must be ready to produce as many as 8 billion or even 16 billion, roughly triple the amount manufactured in a typical year.”

Mr Gates continued by outlining the big money deals made during the pandemic.

“During COVID-19, the closest thing to a breakthrough in manufacturing vaccines was the proliferation of second-source deals,” he said.

“These are agreements in which a company that invented a vaccine agrees to let other companies use their factories to make it. (Picture Honda Accords rolling off the line of a Ford facility.)

“It’s hard to overstate the impact of second-source deals during COVID-19. In less than two years, a single manufacturer, AstraZeneca, signed second-source deals involving 25 factories in 15 coun­tries. (AZ also agreed to forgo its profits on the COVID vaccine.)

“Novavax also signed one with Serum Institute of India—leading to a COVID-19 vaccine now being used in many countries—and Johnson & Johnson signed one with the Indian company Biological E. Limited and the South African firm Aspen Pharmacare.

“All told, second-source deals led to the production of billions of additional COVID vaccine doses.”

He added: “In the future, such deals could be done even faster if companies that have them now can maintain their relationships with one another so they can hit the ground running during the next outbreak.”

Speaking about the controversial mRNA technology used in the Covid vaccines, Mr Gates said: “mRNA vaccines could also help speed up manufacturing. Many of the conventional ways to make vac­cines are quite complex, so it can take a lot of time to transfer the technology and know-how from one company to another.

“But because the basic approach to mRNA is pretty much the same—you just swap out your old mRNA for the new one and make sure the lipid is made the right way—it should be easier to transfer between companies.

“There are also some new modular technologies in the pipeline that, if they prove out, will make it cheaper and easier to build and run factories that can be adapted to make different vaccines.”

Gates then addressed the poor uptake of vaccines in poorer countries and so-called ‘vaccine hesitancy’.

“Finally, the fourth step in the world’s plan should be to make sure that new vaccines reach everyone who needs them—including people who live in low-income countries,” he said.

“In 2021, only 8 per cent of people in those countries received at least one dose of a COVID-19 vaccine, while more than half of the world’s population did.”

He questioned; “So how can the world make sure that doesn’t happen in future outbreaks?

“One key is to take on the problem of vaccine hesitancy,” he said. “Another is to make sure it’s possible to manufacture enough vaccines that supply is not a limiting factor, as it was during much of 2021.”

He added: “Another is to make sure that vaccines are affordable for every country. Organisations like COVAX have helped with that during COVID-19.

“It also helps to work with manufacturers in developing countries to design new vaccines that are much cheaper to produce than existing ones.”

He spoke about delivery systems for vaccines.

“There are also a lot of innovations that make it easier to deliver vaccines,” he said.

“For example, auto-disable syringes have a built-in safety mechanism so health workers can’t accidentally poke themselves or use them more than once. New coolers can keep vaccines at the right temperature for longer.

“Advanced methods for delivering vaccines, such as replacing the needle and syringe with a small patch containing micro-needles—picture something that looks superficially like the nicotine patches that people use to stop smoking—will also help.”

“With these advances, it will be possible to achieve something amazing beyond preventing pandemics: eradicating entire families of pathogens,” Gates said.

“The world could rid itself of all coronaviruses, for example, or even all influenza viruses. A future without pandemics—and without the flu—is worth investing in,” he concluded.