British Embassy in Spain celebrates the Jubilee in style 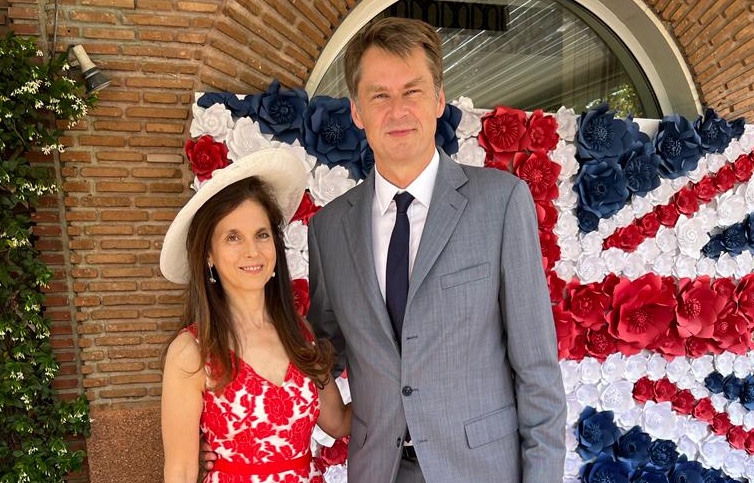 On Thursday, June 2, the British Embassy in Madrid hosted a patriotic day of jubilee fun at the Ambassador´s residence in Spain.

Hosted by Her Majesty´s Ambassador to Spain, Hugh Elliott, and his wife Maria Antonia Elliott, the day saw British charity representatives, press, and community heroes from across Spain come out to celebrate this historic occasion among union jacks, bunting- and of course- a Jubilee cake.

Opening the event, the ambassador welcomed guests to his residence, saying: “It is absolutely lovely to have you here and I very much hope you can enjoy the day.

“It is extraordinary to able to do something in the community after such a terrible time.  This is our first summer here not locked down.”

Speaking again to later toast the Queen, the ambassador went on to talk about the importance of the jubilee and Her Majesty´s reign. 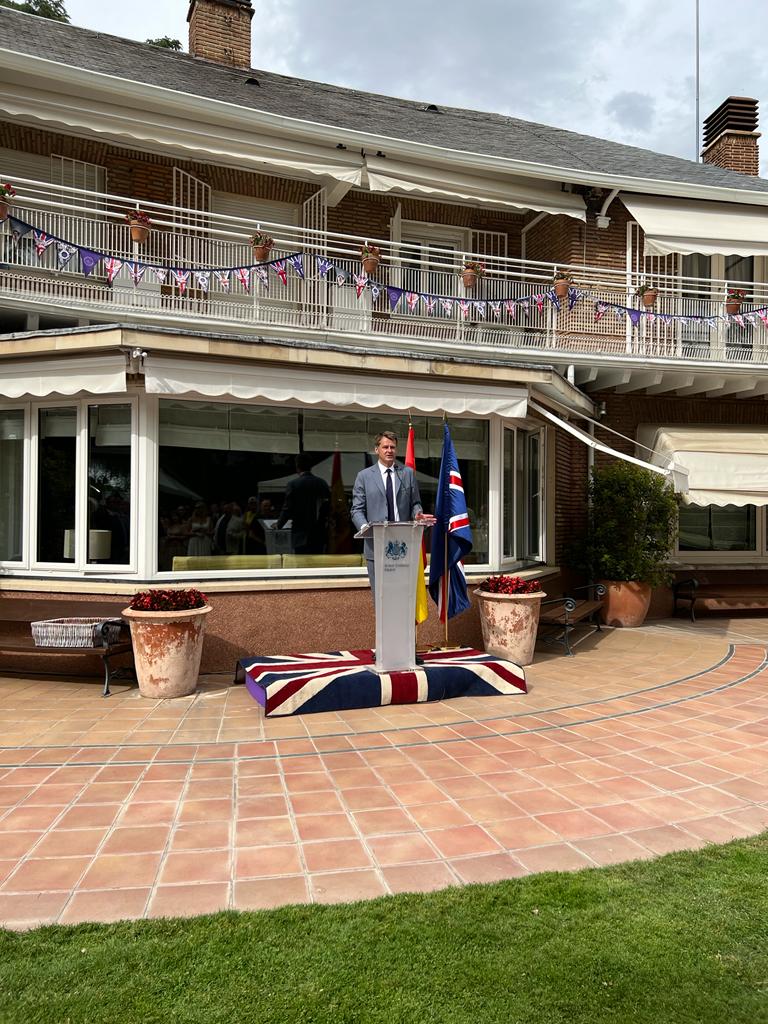 He explained: “It is a testament to the respect we have for the queen that you are all here today.

“She has also seen 14 US presidents in office, as well as British 14 prime ministers.

“She had been on the throne 13 years when I was born and I would have to work another 40 years just to match her.”

He added: “We all have our own impressions of the Queen, but for me, among her many jobs, she is my boss.

“It is not difficult for me to say that she is the world’s greatest diplomat.

“She has travelled more widely than any other monarch and attended over 21,000 official events. She has helped support millions of enduring relationships between countries.

“No one has done more to strengthen bonds of friendship, understand and respect between nations than the Queen.”

The ambassador then revealed that as part of the jubilee celebration and The Queen´s Green Canopy scheme, British embassies around the world have been planting trees to mark Her Majesty´s remarkable reign.

He explained he and his wife had planted a red oak at the residence as part of the celebrations.  The young tree was unveiled in front of guests by Maria Antonia. 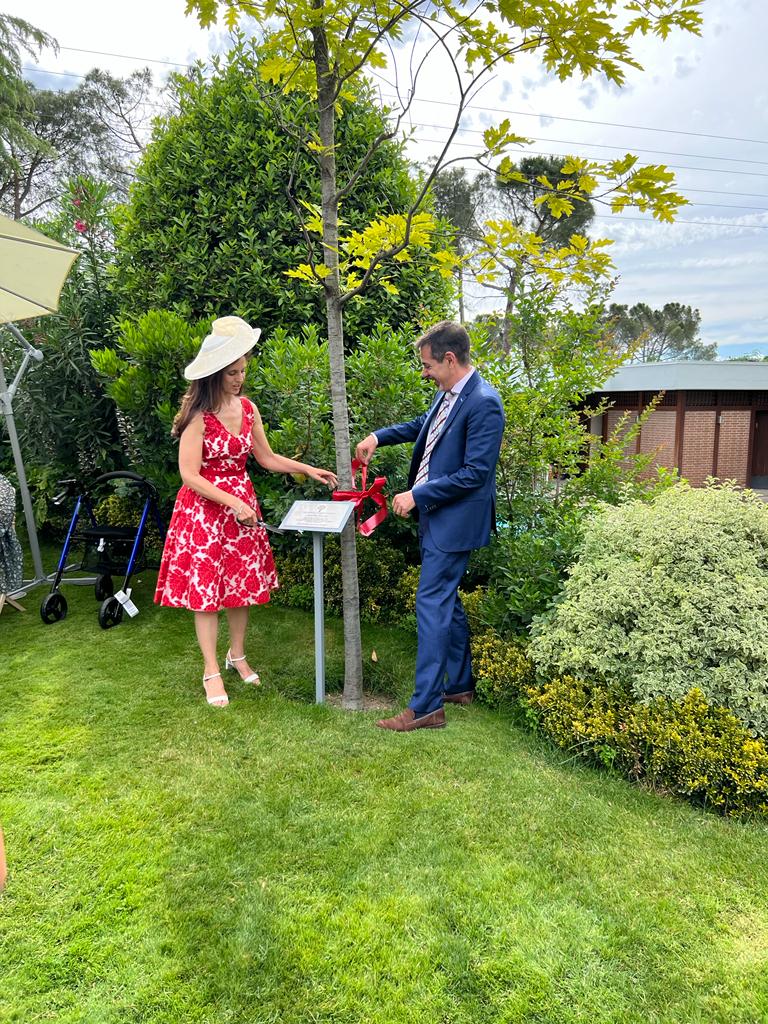 Closing his speech, the ambassador thanked the charities and community groups across Spain who work to help expats and the local community. He also congratulated consuls Sarah-Jane Morris, Lloyd Milen, and Charmaine Arbouin for their part in helping the British community in Spain.

He also thanked healthcare professionals across Spain for their work during the pandemic.

Before raising a toast to the Queen, the national anthems of both Spain and the UK were played, with entertainer Stevie Spit singing the British version. 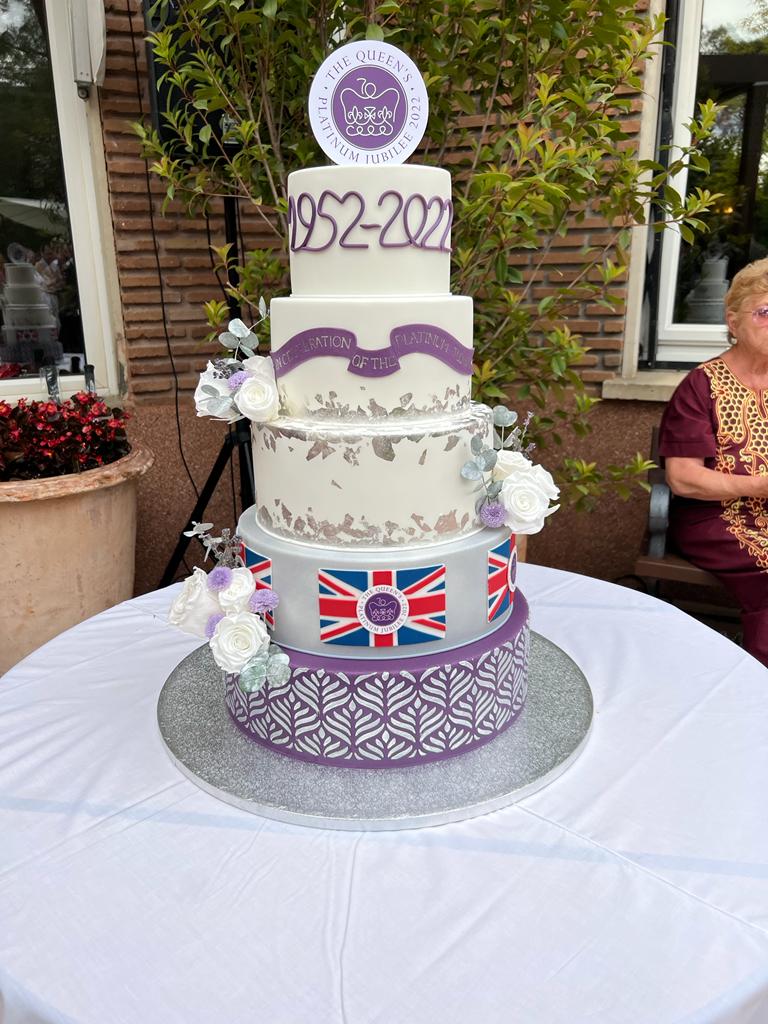 Speaking about the event, Barbara Marshall, Cancer Support, Mallorca, told the Euro Weekly News: “It is absolutely wonderful to be invited and lovely to be here.”

Michel Euesden, publisher of the Euro Weekly News, said: “It was so refreshing to hear a representative of the UK so warmly congratulate the health system of Spain, a truly marvelous, underrated asset of our adopted homeland.

“We need to ensure our vulnerable and elderly obtain every assistance weaving their way through this now we are entrenched in the post Covid Brexit era.

“Our voice must be united in saying, ´go and see the doctor. Don’t wait until it is too late. Go TODAY.´”

Lynda Woodin, of the British Benevolent Fund, Marbella, also praised the event.  She said: “It´s a wonderful day!  It´s so lovely to meet so many other workers from across Spain.” 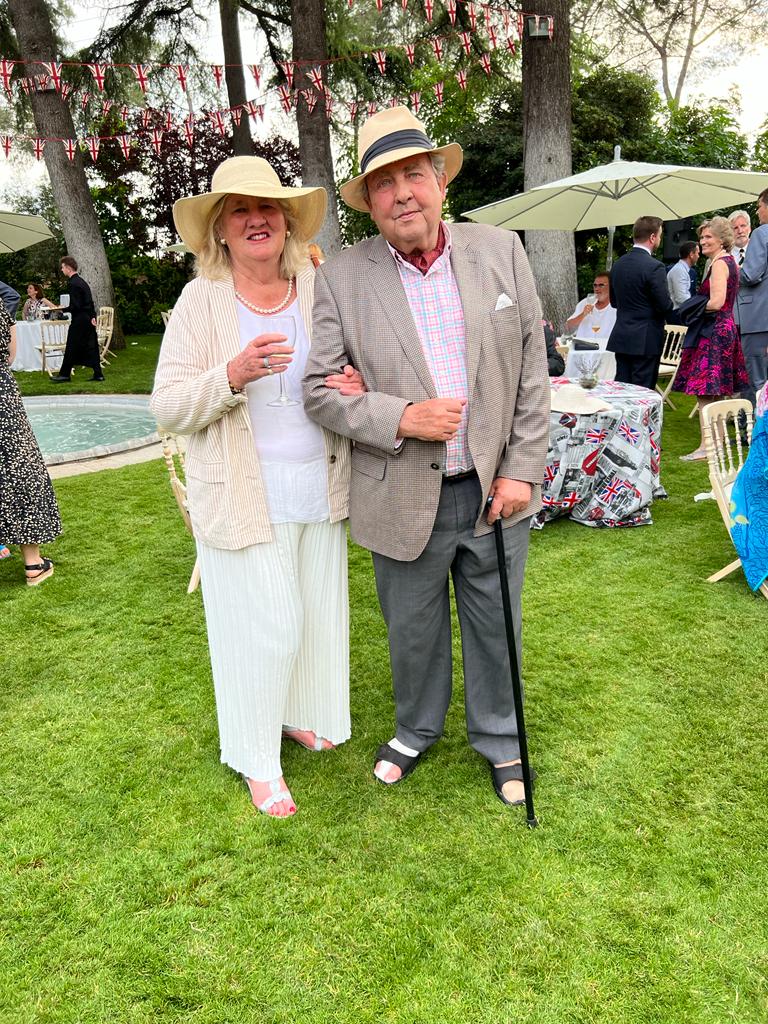 Meanwhile, Mijas councillor Bill Anderson summed up the day: “It´s been an amazing day and great to meet my counterparts from different parts of Spain.”

Thank you from the Euro Weekly News to the ambassador for hosting the event, as well as his team for their work bringing everyone together for the day, and the brilliant Stevie Spit for donating his time to entertain guests on the day.