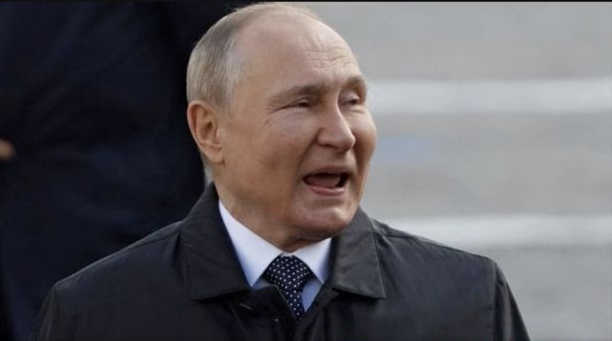 Vladimir Putin allegedly had a cancer operation in April and does not have long to live claims US intelligence.

Apparently, at the end of May, a  fourth comprehensive assessment was made of the 69-year-old leader by the US intelligence services. These three sources, from the Defense Intelligence Agency, the US Air Force, from the Director of National Intelligence, all claim to have read the classified document that was produced.

“Putin’s grip is strong, but no longer absolute. The jockeying inside the Kremlin has never been more intense during his rule, everyone sensing that the end is near”, one of the officers informed Newsweek.

“Is Putin sick? Absolutely. But we shouldn’t let waiting for his death drive proactive actions on our part. A power vacuum after Putin could be very dangerous for the world”, a senior Air Force official is alleged to have told them.

Rumours of Putin’s state of health have been flying for some months among the western media – some of which could have been written purely for propaganda reasons. Sergei Lavrov, the Russian Foreign Minister, during an interview on French television last weekend, totally dismissed such rumours.

He kept the same line that the Kremlin has used, insisting that Putin was in good health while refusing to comment on any possible cancer operation that might have taken place. Recent images of the Russian leader seem to tell a different story though.

During the Victory Day parade, Putin looked frail, and was shown sitting with a blanket covering his legs, and his face appeared bloated. Various health claims have been circulating, apart from the cancer rumour, including one that he is in the early stage of dementia. He is of course getting older, but his image is far from the tough guy that he portrayed some years ago.

A recent disappearance during a state television brodcast did little to dispel the rumours, and Putin has also reportedly failed to turn up for important meetings.