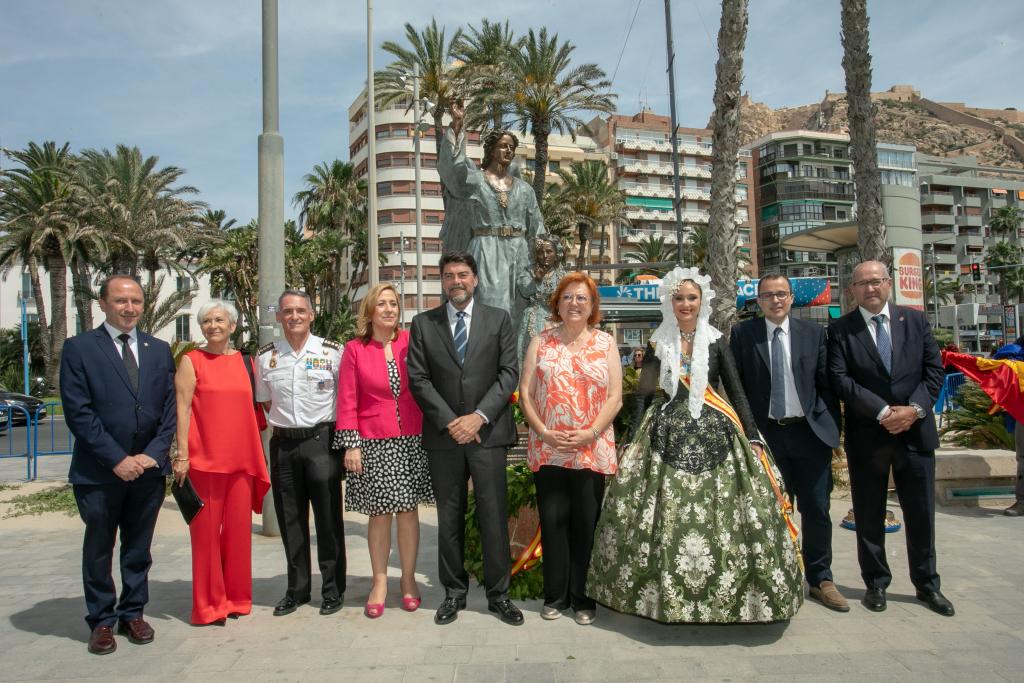 THE Mayor of Alicante, Luis Barcala, called the National Police Force “an essential and indispensable unit in democracy, the guarantor of our resident’s security, freedom and constitutional rights.”

Barcala heaped praise on Spain’s National Police during the unveiling of a statue in honour of the force, which is located in the Plaza de la Puerta del Mar, Alicante.

“This statue adds to my gratitude as mayor for the cooperation, collaboration and close relationship between the National Police and the Local Police,” Barcala said on Thursday, June 2. It was recently announced that nearly 100 Local Police officers will be patrolling Alicante beaches this summer.

“The city of Alicante has already paid tribute with the award of the medal of honour to the police force” but this statue also represents “the invaluable work done by the State Security Forces and Corps, and in particular the National Police, who always have the task of ensuring the safety and protection in the performance of the rights and freedoms of all Alicante residents.”

He added: “Police officers are seen as protectors, and you embody an example of dedication, the vocation of service, representing values such as honour, loyalty, honesty, sense of duty, commitment, responsibility and order.

“The sculpture is an emblematic enclave of Alicante that will be visited and photographed by thousands of people,” said Barcala, and is “in gratitude to a whole society that deeply admires the work of the Police, which has an unblemished history and is deeply respected and loved by the citizens of the world.”

Regarding the work carried out by the Security Forces and Corps, the mayor publicly thanked them. “They guarantee compliance with the law, and they do so with quiet, discreet, self-sacrificing, dedicated work, based on perfect collaboration and coordination.

“Often as angels who save lives, other times sacrificing their own, and always with loyalty to Spain and with an unwavering vocation for public service to protect our rule of law,” he said.

He added: “You are worthy of the greatest recognition, that of an entire people, who will remember with emotion every time they see this monument, the high values you represent.

“You are the people we can trust to protect us and the custodians of our rights and freedoms.”