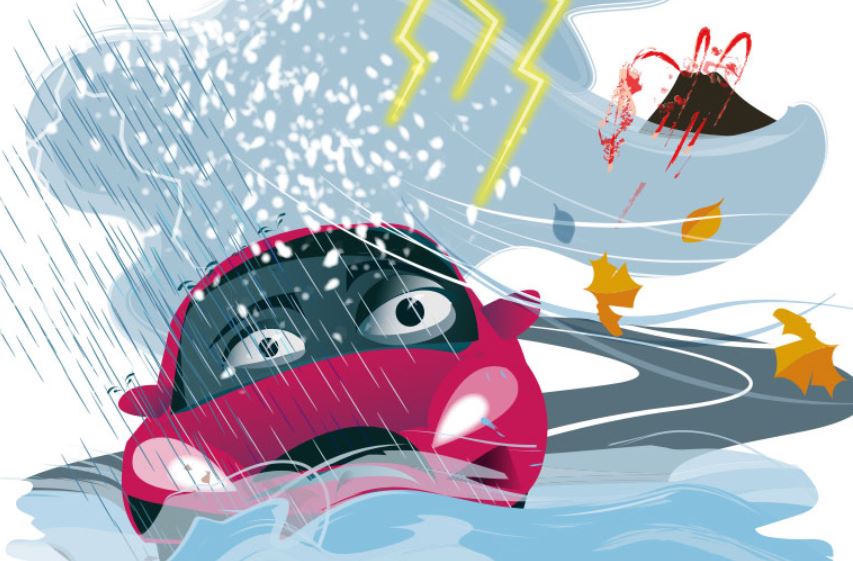 On Friday, June, 3, Spain’s Directorate-General for Traffic issued a reminder on car insurance in Spain, specifically focusing on weather phenomena.

In an article on Spain’s car insurance on weather phenomena that they had previously published on their official website on March, 14, the DGT explained the difference between regular insurance and  “Consorcio de Compensación de Seguros” in English, Insurance Compensation Consortium.

The Consortium is an entity that goes further than Spain’s private car insurance policies taken out with private entities when extraordinary situations arise due to extreme weather phenomena or natural catastrophes.
In principle, the distribution of roles is clear between the insurance companies and the Consortium: accidents derived from traffic, regardless of their cause, are assumed by the insurance company; damage caused by external natural agents falls on the side of the Consortium.
Roughly speaking: a traffic accident is covered by car insurance in Spain, but if an earthquake or a hurricane damages a vehicle it is the Consortium’s responsibility.
The Consortium’s statistics do not differentiate between the types of property affected, but the accumulated figures give clues as to the most frequent phenomena: floods lead the ranking, accounting for 64 per cent of its payments from 2004 to 2020; winds and heavy rains – what the Consortium calls “atypical cyclonic storms” – account for almost a quarter of the total, with 23 per cent; and earthquakes, 10 per cent.
These are precisely the three large blocks of claims that the Consortium deals with. In other non-extraordinary situations, it is Spain’s normal car insurance that take care of them, such as rain, hail, snow or lightning.
Insurance companies deal with:
The Consortium deals with:
Damages caused by winds up to 120 km/h are covered by Spain’s insurance companies, any higher and from then on, the Consortium deals with it.