13 German tourists ordered to pay €500,000 damages for burning down a bar in Mallorca 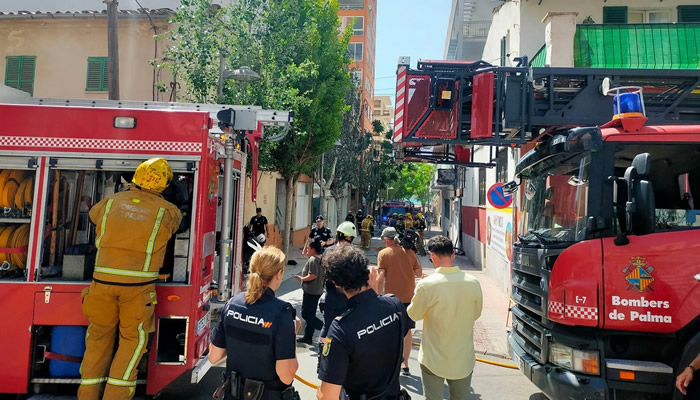 A judge in Palma de Mallorca has ordered 13 German tourists to pay damages of €500,000 after they allegedly burned down a bar.

Judge Antoni Rotger, the head of the Investigating Court No8 of Palma de Mallorca, this Saturday, June 4, justified the claim of €500,000 in civil liability made against 13 German tourists who were arrested for allegedly setting fire to a bar.

The magistrate agreed that there were ‘high damages’ caused by the fire in the resort of s’Arenal on Friday, May 20. They had been investigated for an alleged crime of arson with a serious risk to the public, according to laopiniondemalaga.es.

However, the precautionary measure that Judge Rotger imposed on each of them varied depending on their alleged involvement in the events. Only one was released with charges, four were granted bail of €12,000 each to leave jail, while eight were sent back to prison without the possibility of bail.

As a result of the blaze, damage was reportedly caused to a restaurant, a pub, the hotel where the defendants were staying, as well as an adjoining house.

His decision was made based on the findings of a report prepared by the firefighters who tackled the fire, both those of Palma Fire Station, and of Mallorca, after their intervention in the incident.

According to the report, the roof of the restaurant terrace was ‘totally affected’, as was all the furniture in this area and the facilities of this establishment. The high temperatures caused the roof tiles to break. Meanwhile, the pub located below suffered leaks from the water coming from the upper floor.

Serious damage was caused to the house located above the restaurant, to the furniture on the terrace, and from smoke leaked into the interior. The hotel where the alleged perpetrators of the fire were staying was ‘affected by smoke inside, and on the façade’.

‘Breakage of the glass of the adjoining terrace’ was also registered by the establishment. ‘Public wiring’ was also affected by the fire, specifically, ‘several foreign lines’.

After referring to this list of material damage caused by the flames and smoke, the judge highlighted the existence of injured people ‘whose consequences have not yet been determined’. For all these reasons, the judge considered that they must face ‘pecuniary responsibilities’.