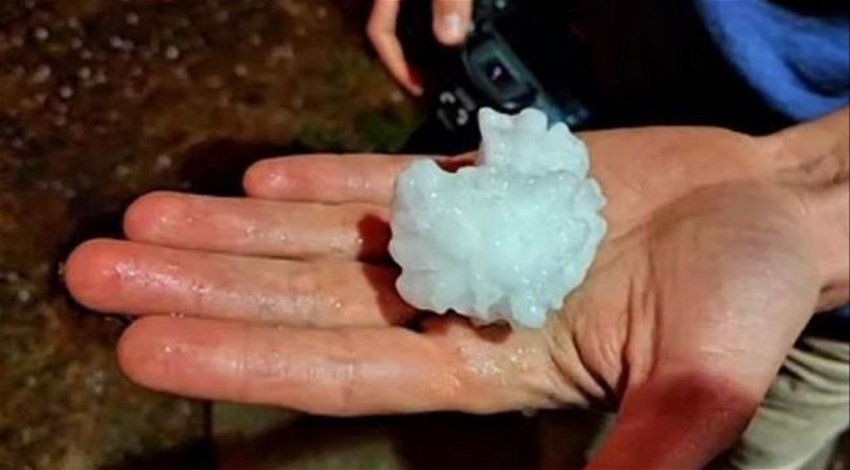 Meteo France has said that one of the worst storms in France has left one woman dead, two seriously injured and another 13 with injuries.

The storms, which continued overnight and into the early hours of Sunday, June 5, brought rain, hail the size of golf balls and more than 50,000 lightning strikes.

According to the Minister of the Interior, Gérald Darmanin, the emergency service es responded to more than 3,400 incidents during the night with at last one 30-year-old woman having died after being swept away by a landslide in Rouen.

Amongst the 15 that are known to be injured is a 13-year-old girl who is in critical condition.

Darmanin has said that he will propose a declaration of a state of natural disaster when parliament reconvenes on Monday. According to the minister, severe damage has been caused, particularly to crops.

Bernard Malabirade, President of the Departmental Chamber of Agriculture told Le Figaro that golf ball-sized hailstones had destroyed many vineyards with more to come.

According to meteorological officials in France, more storms can be expected on Sunday in the east of the country, especially in Alsace, Lorraine or Burgundy. The remaining orange alerts that went out yesterday have been withdrawn.

Dorset had a fantastic storm with very frequent lightning, but in the end storms failed to develop across the SE, largely due to storms reducing the available energy over France, this was noted as a potential issue in the outlook below. https://t.co/kCjEGQDR05 pic.twitter.com/zj1jzOT5E2

More lightning is expected across Northern France and South East England. The latter will experience the worst of the lightning according to Met4Cast, however the storm could also lose its intensity depending on how it develops over France according to the weather forecasters.

The unusual weather across most of the world has continued with France experiencing severe storms that have left at least one dead.