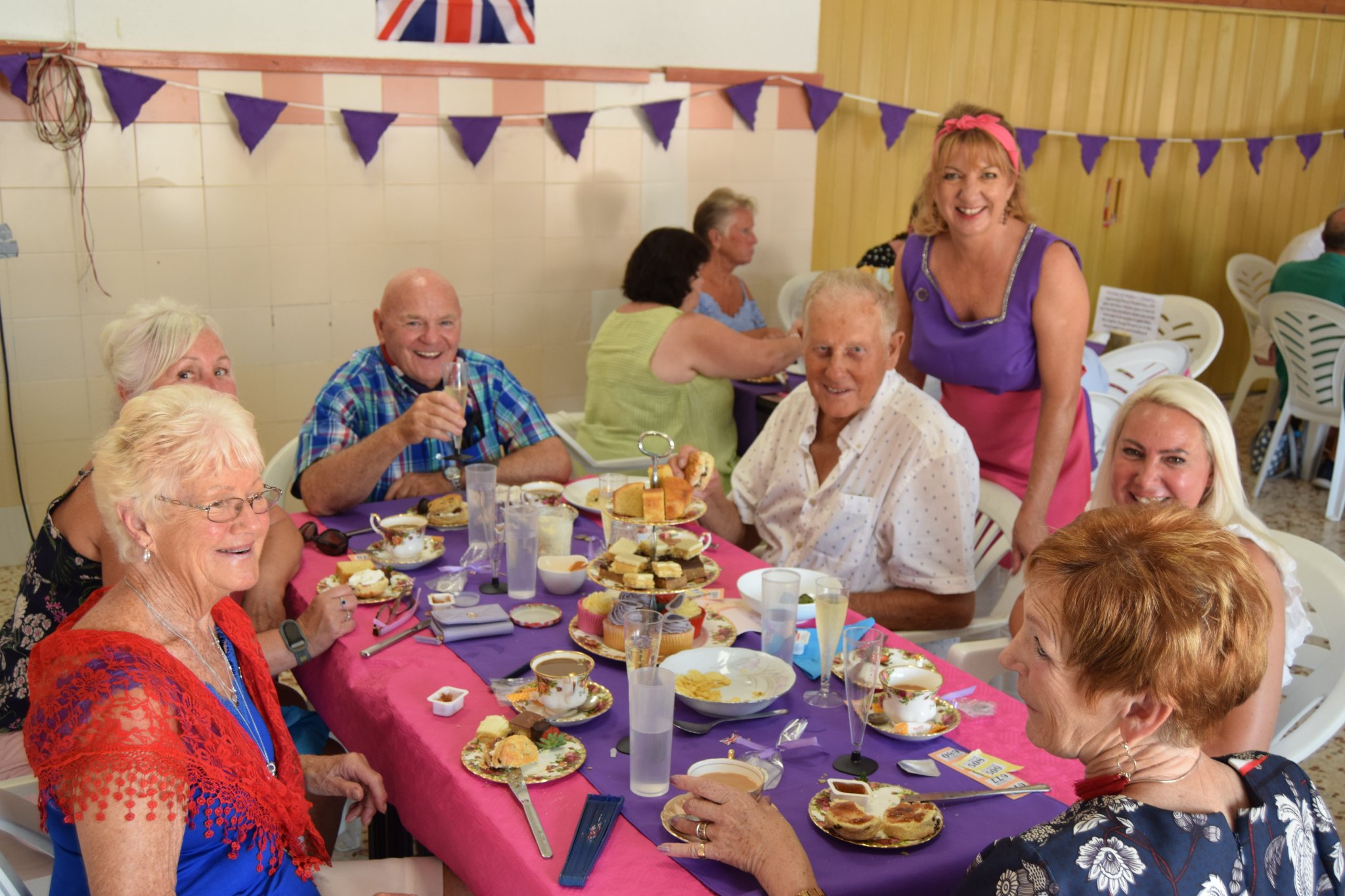 After many weeks of planning, the Spangles fundraising team of Maggie Reilly, Susie Wyatt and Gale Booth pulled off a sell-out event for June 3 with their Jubilee Afternoon Tea, held at the Civic Centre in Los Alcazares (Murcia).

With cakes baked by Maggie and savouries provided by several of the Spangles members, the afternoon could not have been better, Chorus manager Lyn Baines told the Euro Weekly News afterwards.

There was a moment of panic when the power failed just as guests started to arrive but David Christopher from GDC Services came to the rescue and the urn and kettles were back on track in time.

Each of the tables had been named after a member of the Royal Family,  and a short anecdote was included about each personage, Lynn said.

The guests were assigned their own Spangle waitress, each adorned with a pinnie that was made specially for the occasion by Gale Booth.

The room had been dressed in lilac, with bunting and table runners made by Sheila Pina.

Spangles not only provided the delicious fare, but they also provided cutlery, china, savouries, prizes, crafts, their time and so much more that went into making this event a resounding success.

“Thanks go to Cora Haig in Scotland, who made and packaged some beautiful Scottish Tablet, which was a sell-out on the craft stall, and to Barbara Hewson for the delicious mini-quiches.

Once the guests were all served, Spangles performed some of their repertoire and received not one, but two standing ovations.

“We strive to be the very best we can in everything that we do, and this event proves that. It wasn’t easy putting it together, but it was worth it to see the smiles on everyone’s faces” Musical Director, Valerie Lynch said. “As the saying goes, ‘It takes a village’, and that culture certainly exists in Spangles.”