US Online casinos enjoy best month for revenue yet 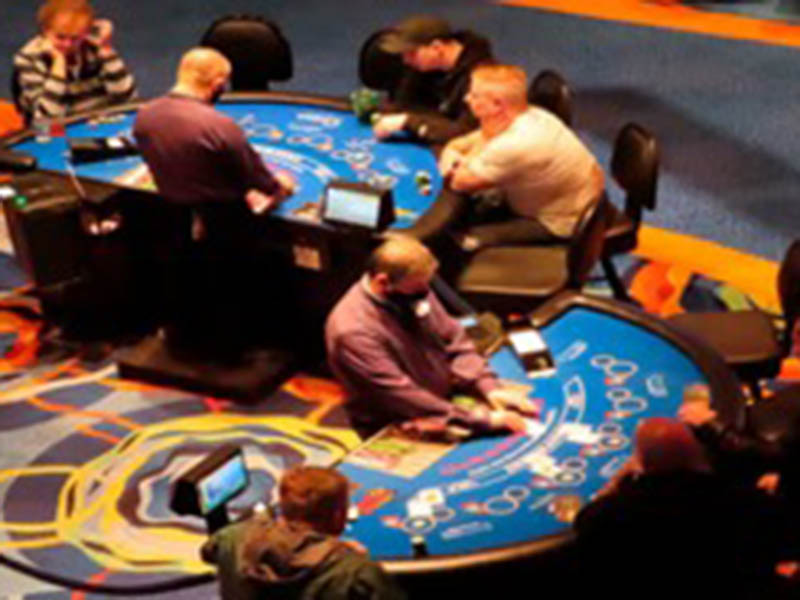 History was recently made when American casinos registered the best monthly revenue. This is not just online casinos or land-based ones. It was a joint effort by the two that saw such great heights reached.

Casinos have enjoyed more popularity ever since the coronavirus pandemic. More people became aware of the platform amidst boredom in lockdown.

Surprisingly, traditional casinos are still thriving. However, there are a variety of options when it comes to the best safe USA online casinos. And these casinos are growing incredibly fast.

Online casinos takeover in the US

There has been a decline in their services throughout the rest of the world. Online casinos took over, but just about in the United States.

There is a breakdown of how the casinos performed, explaining the big financial feat achieved. Even a record tax revenue was recorded for gambling, racking up 11.69 billion dollars.

This is a massive increase from the past revenues collected. There were a few visible changes that led to the best revenue witnessed for a month. The changes may have been building up for a while and paid out when they did.

Casinos are well legal in America, but not all forms of gambling are. Before the month that saw the best revenue, there were still places that restricted gambling. For instance, up to seven states had sports gambling classified as illegal.

In these states, anyone found gambling on sports would pay the price. It would probably be a heavy fine or some months in jail.

Such rules are really strict and well-enforced by the responsible bodies. However, that changed in seven of those states. After much debate and deliberation, sports betting was legalised.

These states were probably not aware of how well the decision would turn out to be. Because of that decision, things changed drastically. The decision was made in 2021. Since then, casinos, especially online ones, have seen a spike in the number of customers. Many people in such states are huge fans of different sports.

Being able to make money out of it too was a feeling they missed out on for a long time. Given the number of casinos per state and the population, then there was always going to be one outcome.

Internet gambling is a very broad word. Internet gambling can be interpreted in many different ways. It could be online casinos, which are more prevalent. It could also include sports betting online. Both of these dominate most places in America.

However, as mentioned earlier, the states in which they’re not being strict. The laws now favor internet gambling, which opened up a way for the masses. Two states added internet gambling to the list of legal gambling methods in their jurisdiction.

This expansion saw a change in dynamic. People visited physical casinos less since 2019 before the pandemic. However, the few that visited spent a lot more than before. This means that online gamblers increased, but it opened another way for others.

It meant that physical casinos got more revenue. This also saw the average age of casino patrons drop by around six years. This means that a little more youth were involved. This is because of things digitising.

This was close to a 200% increase from the past year which was 2020. Sports betting as a whole had a positive impact. With such numbers, sports betting will keep getting legalised across the country. Hopefully, this will help double or triple profits in the coming years.

With increasing popularity in soccer, NBA, and American football, such numbers should be expected. There are always many markets to bet on and matches are always available. These sports keep selling out stadia with capacities of over 70000 easily.

If even half the people are into gambling, those are astronomical numbers. Billions more could be made in profits if sports betting is legalised throughout the country.

Some states recorded crazy numbers about internet banking over the past few months. This came a long way in achieving the record revenue for a month. Some states completed their first-ever year with internet gambling.

A good example is West Virginia, which got almost 70 million dollars. For the first full year in operation, that is a solid start. People probably didn’t even know that sports betting had become operational there. Even if they did, these numbers will increase over the next few years.

New Jersey, Pennsylvania, and Michigan all got more than one billion online. This came from internet gambling, summing up to over 3.7 billion dollars. These numbers are really good for internet gambling, given it is relatively neglected.

Some areas even have as few as two internet casinos. Connecticut is one of them. The two casinos there recorded a combined revenue of 47.6 million dollars. This is after being in business for less than a year, ranging around six months.

Since then, the gambling industry in the US has undergone serious changes that helped elevate the figure. What’s better, the record can be beaten soon.

If more internet casinos are opened in more states and sports betting keeps getting legalised. The two have been major contributors to ensuring the revenue keeps rising.

All this information was provided by the American Gaming Association, AGA.  It is the gambling industry’s national trade group. It should be noted that they only considered commercial casinos.

If these are the figures we witness with sports betting slowly gaining popularity, things can only get better. US casinos are doing amazing things and the future is brighter than ever.