Britain is shrinking and climate change is causing it 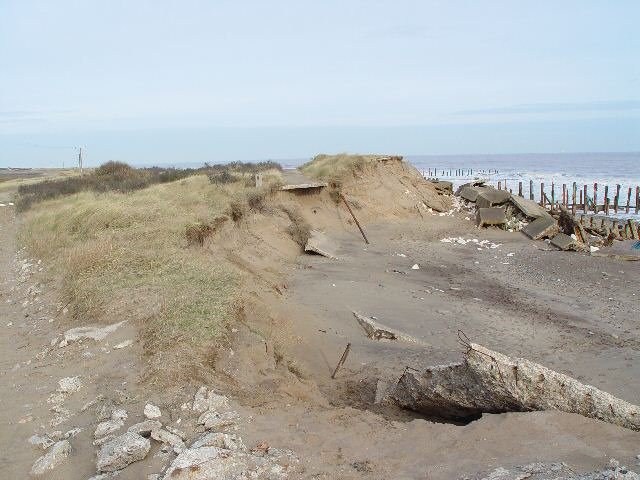 Britain is shrinking according to the head of England’s Environment Agency (EA) and climate change is the cause.

EA Chief Executive Sir James Bevan is expected to say on June 7 at a Flood and Coast Conference in Telford that many of Britain’s coastal communities will be affected and that may means people having to move from where they currently live. The warmer oceans and the melting ice caps he said, are not just affecting islands in the pacific but also places closer to home including the UK.

According to a press release in advance of his speech he will say: “While we can come back safely and build back better after most river flooding, there is no coming back for land that coastal erosion has taken away or which a rising sea level has put permanently or frequently under water.”

He will float the notion that while communities may want to stay where they are and we should work to help them do that, it may make more economic and humane sense to move them to safety.

Protecting them from: “The growing threat of flooding from rivers, the sea, and surface water as well as coastal erosion may not be feasible.”

Scientists speaking to Sky News have welcomed Sir James’s acknowledgement of a planned retreat given that the country is shrinking, saying the change may be beyond our ability to adapt.

Reflecting consensus amongst scientists Professor Robert Nicholls, Director of the Tyndall Centre for Climate Change Research called it a: “Timely official recognition of a major problem that has been predictable for some time but easy to ignore as it only slowly becomes apparent.”

Jim Hall, Professor of Climate and Environmental Risks at Oxford University said: “Even if the Environment Agency could afford to build coast protection everywhere, which they cannot, the things that many people cherish about the coast, like beaches and sand dunes, will eventually become submerged, unless we start to plan now for how the coastline can adjust to rising sea levels.”

He added: “It’s time for honest conversations” within coastal communities about the future, and a strategic approach to managing the coast sustainably.

A number of areas across the UK have already been told that the government will not be able to protect them from the rising waters and the changing weather. Amongst those are the low-lying Fens in eastern England, which account for 7% of England’s agricultural production, and a number of villages in Wales and the South West.

The United Nations’ international group of climate scientists (IPCC) recently issued a projection that shows coastal flood damage in Europe will increase at least ten times by the end of this century. That number is expected to rise sharply if no action is taken to change the way and where people live, with up to a million people likely to be affected in the UK by the end of this century.

The EA’s new strategy set to be launched later this month will endeavour to improve assessments and mapping of flood risk and it will invest £150 million (€175 million) into 25 new innovative projects that tackle the threat of flood and coastal change.

Britain has been shrinking for some time with coastal and land erosion a major problem for the island, whoever what is different is that climate change is both speeding this process up and increasing the dangers that go with it.