Spanish Police arrest another of top 10 wanted fugitives in Spain 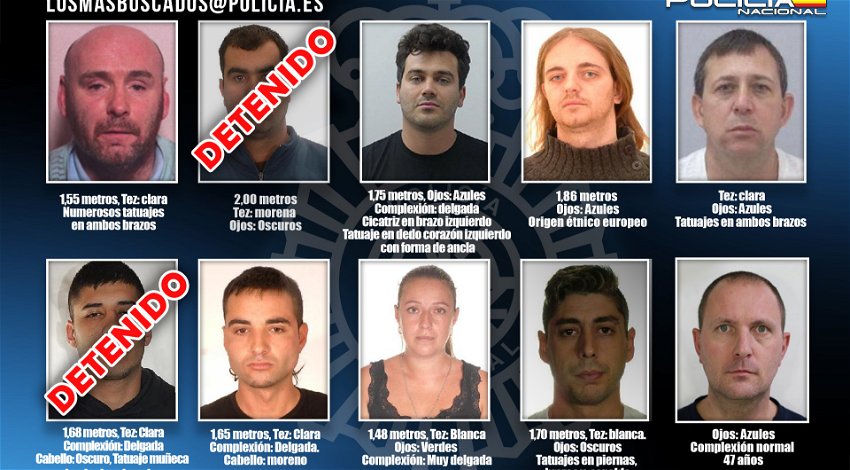 The Spanish National Police’s most wanted list includes fugitives with different criminal profiles, some of them wanted for more than 15 years, and who could be potentially be hiding in Spain.

The Spanish National Police took to Twitter to announce the arrest of another one of Spain’s most wanted fugitives:

“We update the list of the most wanted #fugitives. Today’s arrest brings the total to eight. Do you recognise any of these people? 🚨 Write to us at: [email protected]
Or give us a call at 0️⃣9️⃣1️⃣ It’s anonymous 🤫 and you collaborate with your @police #MostWanted”

The collaboration of citizens can be decisive in locating the fugitives, which is why a specific e-mail address has been set up, [email protected], so that citizens who believe they have any information that could lead to their location can communicate it to investigators in complete confidentiality.

During the year 2022, the Spanish National Police will preside over the ENFAST network, which is made up of police officers from the 27 member countries of the European Union and other associated countries such as the United States, Switzerland and Norway.

In 2021 alone, the Fugitive Section has participated in the arrest of 417 fugitives from justice and since 2017 the number of arrests for different claims, national and international, amounts to 2,272.

The evolution of this unit and the excellent results have placed the National Police and Spain as the leader in arrests in Europe, which has led to the Fugitive Tracking Section assuming the presidency of ENFAST.