The Benissa bypass will open in July 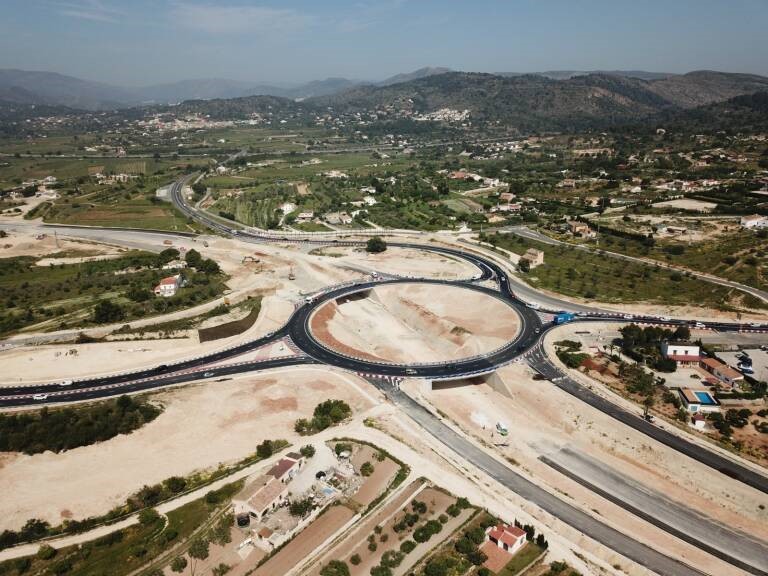 The Benissa bypass is to open in July Image: Benissa Council

The Benissa City Council has said that the long-awaited bypass will open in July, with the works at an advanced stage and nearing completion.

Mayor Arturo Poquet said on June 8 that the Ministry of Transport had indicated that the works will be completed in time for the bypass to be opened in July, just in time for the holiday season.

The announcement was made of the mayor had spoken with the ministry who had indicated that the construction of the road, the new bridges and roundabouts will be finished in the early part of July.

The bypass has taken nearly 15 years from instigation through to completion with the original contractor going bankrupt in 2006. That held up the project for a good number of years with work restarting in 2017 with the contract being awarded to Obrascón-Huarte Laín SA  (OHL), for 21.8 million

With the opening of the variant next July, a chapter of more than 15 years of works and stoppages. The highway was going to start in 2006 but the company that took over the work at that time entered bankruptcy proceedings and the project was stopped for years.

It was in 2017 when a new contract was awarded to the company Obrascón-Huarte Laín SA  (OHL), for 21.8 million, that the work began to make progress. The initial phases seemed to move slowly but the pace of work sped up over the last two years with a noticeable difference made during the last nine months or so.

At the time the new contract was awarded roughly 12,000 cars a day passed through Benissa although that has reduced with the removal of the toll. The link road will still make a significant difference to the traffic in the area with Benissa still being used by traffic connecting Javea and Gata de Gorgos with Calpe.

The opening of the Benissa bypass in July will be widely welcomed by those that live and around the city, significantly reducing both the volume of vehicles and the accompanying noise and air pollution.