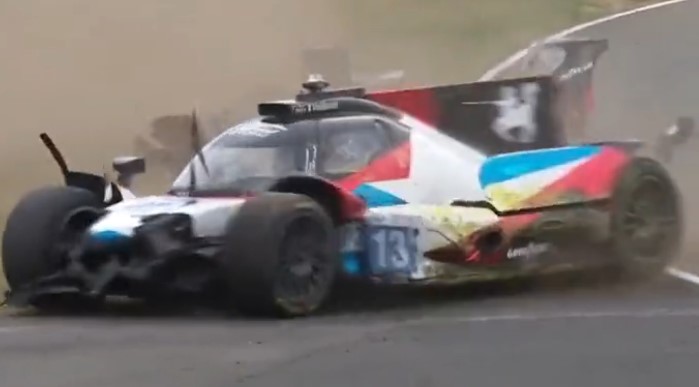 French driver Philippe Cimadomo has been deemed too dangerous to take part in the famous 24 Hours of Le Mans endurance race.

The list of competitors for the 2022 Le Mans 24 Hours has undergone a last-minute change. Just one day before the start of the famous endurance race, stewards have decided to exclude a driver who, after three serious accidents, has been declared too dangerous to be allowed to compete.

This decision was made after the free practice session and classification. Veteran French driver, the 62-year-old Philippe Cimadomo, was on the verge of making his debut in the event. He was lined up as one of the three drivers to take the TDS Racing X Vaillante team’s No13 car onto the track in the LMP2 category.

In the two days of practice, Cimadomo was judged guilty of three serious incidents. As explained in a statement by the FIA ​​stewards, the driver “caused an accident in the first free practice sessions and almost caused another at the entrance to the pits. In addition, he lost control in the third free practice session and had a major accident”.

As seen in the video shared on social networks, Cimadomo was solely to blame for the accident that destroyed his car.

The FIA was not the only one calling for Cimadomo to be excluded. Yannick Dalmas, a former Formula 1 and endurance driver, with four victories to his name in the 24 Hours of Le Mans was also critical of the driver. “Cimadomo is not driving under the required standards to participate safely in the rest of the event, especially considering the specificity of the Le Mans circuit, and the specific situation of the LMP2”, said Dalmas.

Cimadomo had even argued the point that this type of accident allowed him to gain experience and confidence in his abilities, but the pattern seen was very clear. It was announced: “On the recommendation of the race director Eduardo Freitas, for the safety of himself and the other competitors, under the power of the stewards in article 11.9.3.k of the international sports code, the stewards prohibit Philippe Cimadomo from taking part in the rest of the competition”.

TDS Racing X Vaillante will continue in the race, as they have quickly found a replacement. They have Nick de Vries, a driver with much more experience than Cimadomo and who has to his credit, among other things, the titles of Formula 2 champion in 2019, and Formula E in 2020/21. He is also a test driver for the Mercedes F1 team.

Unfortunately though, this change of driver excludes the team from the Pro-Am category. Teams must include a bronze category driver with little experience), and due to De Vries’ track record, he is classed as a platinum driver.