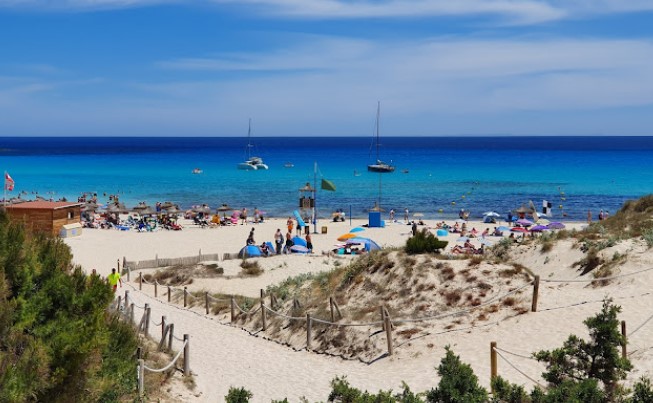 The Balearic islands have suffered a spate of drownings this Friday, June 10, with three bathers losing their lives.

According to the Balearic islands emergency services, three bathers have lost their lives by drowning today, Friday, June 10. All three apparently died within a few hours of one another. A fourth bather has also been hospitalised, reportedly in a serious condition, after going under the water on the beach of s’Illot.

Two of the bathers died in Mallorca, while the third lost his life in Menorca. The first drowned in Cala Agulla, in the Mallorcan municipality of Capdepera. A second drowning occurred in Playa de Muro on the same island. A third man drowned on the Menorcan beach of Raco d’en Paupa, in Saint Louis.

The Urgent Medical Attention Service (SAMU 061) detailed that one of the bathers died this afternoon after suffering a drowning episode in Playa de Muro, at around 3:40pm. On the same beach, the emergency service also received notice that lifeguards on the beach had pulled a man out of the water and that they were performing cardiopulmonary resuscitation on him.

A rapid intervention vehicle (VIR) from SAMU 061, and two advanced life support ambulances were deployed. One of them, from the Muro Council, travelled to the scene in order to assist the patient. Aquatic rescue teams recovered the man from the sea but despite manoeuvres carried out by the medics, the man eventually died at the scene, SAMU 061 indicated.

Just minutes later, at around 3:45pm, SAMU 061 reported another bather had lost his life, in Cala Agulla in Capdepera. A lifeguard on the beach pulled the man out of the water and started cardiopulmonary resuscitation.

Two ambulances and a doctor from the Capdepera health centre were mobilised to this beach. The medics carried out resuscitation manoeuvres for 45 minutes, but could only confirm the death of the patient.

As reported by SAMU 061, the third death of the day in the Balearic Islands occurred on the Menorcan beach of Raco d’en Paupa, where a 69-year-old foreign man drowned at around 5:15pm. He had been sighted floating in the sea about 100 metres from the shore. Those who helped to rescue him started resuscitation manoeuvres until two ambulances arrived on the scene, but the medics were unable to save his life.

Earlier this morning, a 55-year-old bather was seriously hospitalised after almost drowning on the Alcudia beach of s’Illot. Yesterday, Thursday, June 9, two other bathers were also transferred to hospitals from the island after drowning in Alcudia Beach and Puerto de Pollenca, as reported by 20minutos.es.