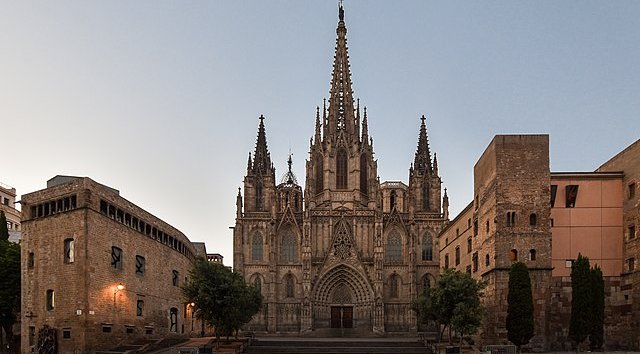 BARCELONA Council has confirmed the mayors of both Barcelona and Amsterdam held a meeting to continue the joint work of the two capitals, at a time of recovery of activity after the pandemic.

Barcelona and Amsterdam have today reaffirmed their alliance to promote sustainable tourism and fight against overcrowding.

The two capitals have been working together for years, and have pushed for similar measures, such as regulating hotel activity in the centre or the clear fight against illegal tourist flats.

The mayors of the two capitals, Ada Colau and Femke Halsema, met yesterday, June 10, in Barcelona to share experiences and get to know first-hand the work that the city of Barcelona is doing in terms of tourism management, now that the activity is experiencing a moment of recovery after the pandemic.

Ada Colau thanked Amsterdam, a city that is an economic engine of Europe, with a powerful economic hub and great tourist traction, for working together with the Catalan capital to exchange experiences and knowledge.

In fact, the two cities have been working together for some time and have developed similar policies, such as the regulation of hotels in the centre or the clear fight against the activity of illegal tourist flats, as well as curbing overcrowding and betting. for sustainable and future tourism.

The mayoress of Barcelona has announced the reactivation of the shock plan against illegal tourist flats, a plan promoted by the current municipal government that gave good results and put an end to the uncontrolled proliferation of this activity, going from about 6,000 illegal tourist flats to a very low number that was 0, thanks to the inspection and sanctioning activity. “With the recovery of tourism after the pandemic, we do not want this activity to return to the city,” said Colau, who recalled that economic activity “works better if there is regulation.”

The reactivation of the plan allows a team of more than 70 people to work, including 25 viewers on the street, to prevent the return of illegal activity. More than 21,000 ads have already been tracked on digital platforms, and only about 360 flats have been detected offering tourist activity without permission.

The platforms will be asked to immediately withdraw these announcements and the corresponding file will be initiated, which can end with a fine of between 3,000 and 60,000 euros.

It is also planned to launch an information campaign to remind visitors not to stay in unlicensed flats, and to the public that tourist accommodation services cannot be offered without permission.

The mayoress of Amsterdam praised Barcelona’s leadership and the commitment of the two capitals to work in a network and in coordination with other European cities.

Femke Halsema has also been in favour of limiting the activity of airports, especially with regard to short flights that have their alternative by train. The Mayor of Amsterdam emphasized the importance of continuing to collaborate and share experiences in order to work for sustainable and non-crowded tourist activity.

The two mayors also shared the situation of the airport and the port in their respective cities.