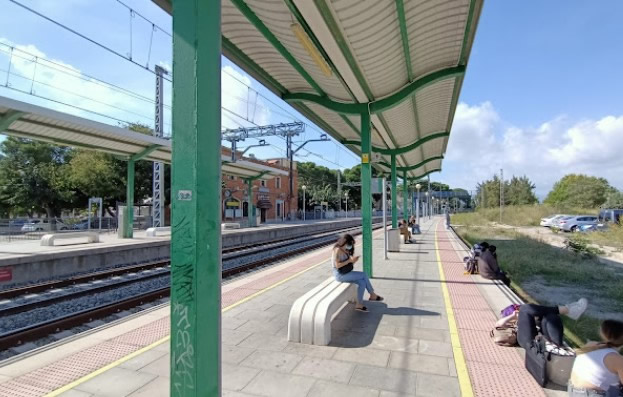 A collision between two trains in Tarragona province has left around 30 passengers injured, including two seriously hurt.

As reported by railways company Adif, a collision between two trains last night, Sunday, June 12, resulted in 14 people suffering various injuries, two said to be serious. A Captrain freight locomotive apparently jumped a ‘stop’ traffic light at the Vila-seca station stop in Tarragona province and crashed into a regional train, at around 9:45pm, according to EFE.

Adif had initially attributed the head-on collision to a fault in its brakes, but they subsequently specified that this possibility ‘is one more hypothesis of the causes of the accident. ‘It is not known why the locomotive skipped the traffic light, and that is what now needs to be investigated’, an Adif source told EFE.

The operator told EFE that an investigation will be launched by both Adif and the Captrain company, while another will be opened by the Railway Accident Investigation Commission.

As a result of the incident, rail traffic was suspended from Reus to the south of Catalonia and Levante, which Adif said affected above all, medium-distance trains.

Renfe specified that fifty passengers were travelling on the regional train and that, given that rail traffic was interrupted on the Tarragona-Vilaseca and Cambrils-Reus sections, the company was arranging an alternative coach service from Tarragona to Mora, Tortosa, and Port Aventura, to guarantee the mobility of the affected lines, R15, R16 and R17.

After the collision, Civil Protection initiated the Ferrocat emergency plan for rail transport. The Fire Department of the Generalitat deployed twelve crews to Vila-seca, including a unit from the Special Actions Group (GRAE), who evacuated the passengers and checked all the carriages.

The Medical Emergency System (SEM) also mobilised five units to the accident site. They treated around twenty passengers at the scene, of whom 14 suffered minor injuries while another four were transferred to the Santa Tecla Hospital in Tarragona.

This is the second rail accident to occur in Catalonia in less than a month. Another took place on May 16 on the Ferrocarrils de la Generalitat network, when a freight convoy and a passenger train collided in Sant Boi, Barcelona. One of the train drivers was killed in the incident 86 passengers suffered varying injuries, as reported by laopiniondemalaga,es.