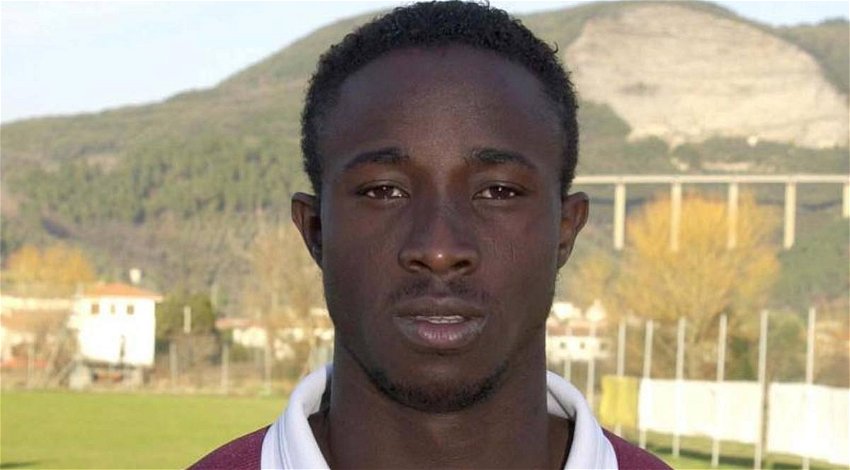 TRIBUTES have flooded social after news broke that former Torino striker Akeem Omolade died suddenly aged 39, following days of complaining about a pain in his leg.

Nigerian footballer Akeem Omolade died suddenly in a car on Monday, June 13 in Palermo, northern Sicily days after the former Torino player had gone through a series of tests at a local hospital due to complaints he was suffering leg pain.

Omolade made several appearances for the Turin club in Serie A between 2001 and 2003 and tributes have been paid to the former forward.

Torino FC said: “President Urbano Cairo and all of Torino Football Club sincerely share in the Omolade family’s grief at the passing of our former player Akeem Omolade.

“Signed from Treviso, he first played in our youth side and then for the first team, making his Serie A debut against Inter Milan on February 2, 2003.

“The entire Torino family sends its deepest sympathies to his loved ones, his parents and his many friends.”

The 39-year-old was due to go to the hospital again on Monday, June 13 but he was no longer able to walk, according to local reports.

A friend then came to pick him up, but Omolade reportedly felt ill when getting into the car. His friend would have called the emergency services, which could not do anything to save him. His body showed no signs of external damage, according to MSN.

The Nigerian also played for Reggiana and other Italian clubs, including Treviso, where he was infamously treated to racial abuse from fans.

However, in 2001, following the incident, his Treviso teammates painted their faces black for the team’s next match out of solidarity for the popular player.

The news of the footballer’s sudden death comes after Sudden Adult Death Syndrome (SADS) became mainstream news on Wednesday, June 8 and follows a string of ex-footballers that have suddenly and unexpectedly lost their lives

On Sunday, May 15, former Swansea footballer Mark Davies died at the age of 49 after collapsing on the pitch during a cup final.

On Monday, January 3, 25-year-old Marcos Menaldo collapsed at the end of a training session, ahead of the new season with his side, Deportivo Marquense of Guatemala.

Menaldo received emergency CPR treatment on the pitch of the Marquesa de la Ensenada Stadium in San Marcos after collapsing before being transferred to the Hospital de Especialidades where he tragically died.

Oman international Mukhaled Al-Raqadi died aged 29 after collapsing during the warm-up before his side’s Omantel League game on December 22. He reportedly suffered a heart attack.

And Marin Cacic collapsed during a training session and was rushed to hospital where he was placed into a coma before he later died aged 23 after suffering a heart attack.