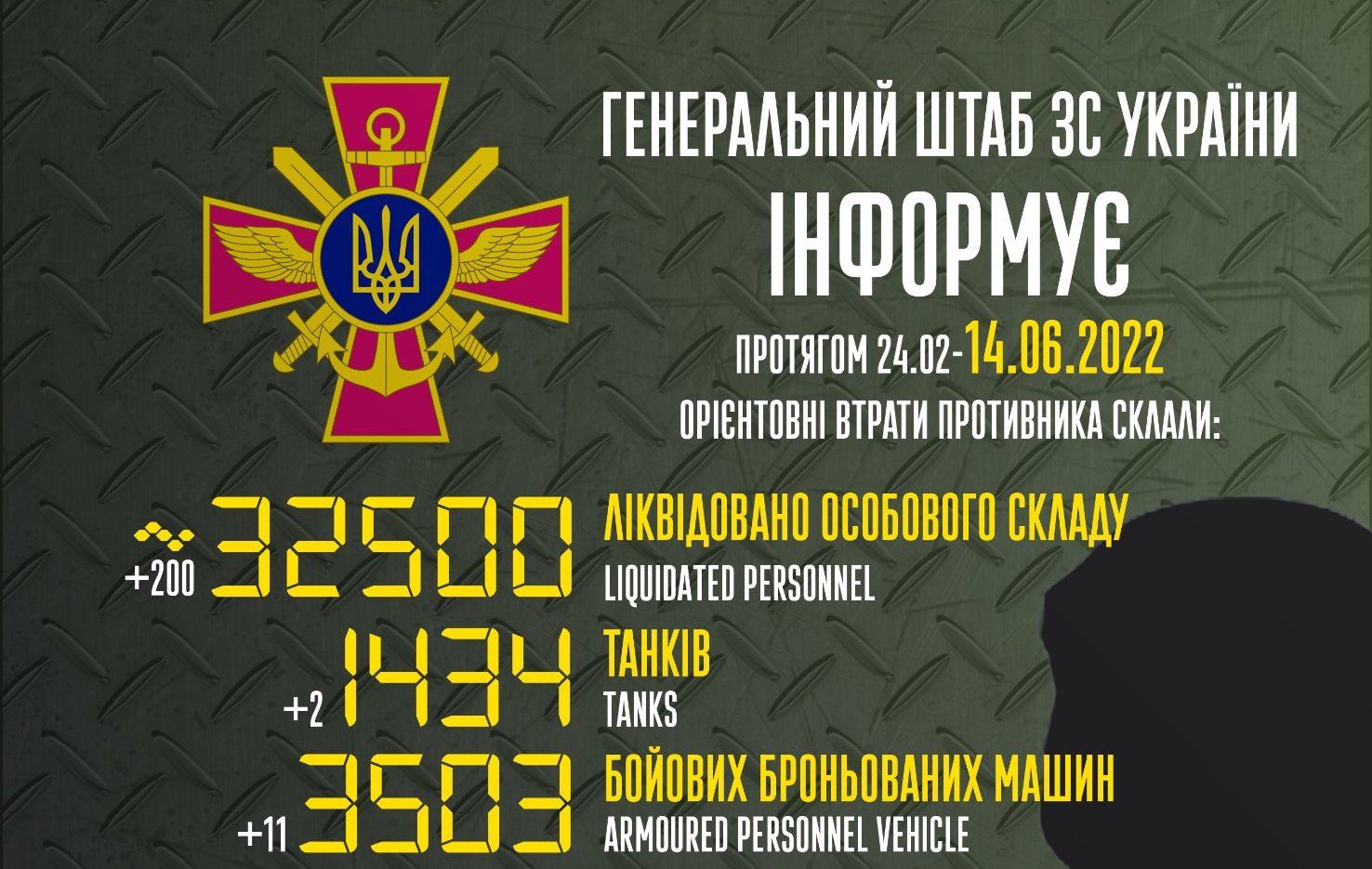 ON Tuesday, June 14, Ukraine’s Ministry of Defence published updated figures of combat losses inflicted on Russian forces since the beginning of the war.

In the updated Russian combat losses, Ukraine’s MoD revealed that Ukrainian forces killed around 200 more soldiers from Russia. This has seen the number of Russian soldiers who have lost their lives fighting in the conflict rise to around 32,500.

Another eleven Armoured Personnel Carriers (APCs) from Russia were destroyed by Ukrainian forces on Monday, June 13, according to Ukraine’s military update on Russia’s combat losses since February 24.

The other significant increase in figures is the loss of Russian artillery systems and MLRS, which have risen by three and three respectively. This takes the number destroyed by the Ukrainian army to 721 and 229.

The General Staff of the Armed Forces of Ukraine revealed that Putin’s army had suffered the greatest losses on Monday, June 13 in the Bahmut direction.

A detailed breakdown of the 111th day of the war also shows that the loss of the 11 Russian APCs now means Ukraine has destroyed 3503 in total since the beginning of the conflict, while the destruction of two more Russian tanks means that Putin’s army has now lost 1434 in total.

Today's the 111st day of the full-scale 🇷🇺🇺🇦 war.

And the #Russian losses 👇 pic.twitter.com/3ca5qBntkx

Ukraine also reported that they had destroyed 10 more Russian vehicles and fuel tanks, taking to total destroyed by Ukrainian forces to 2448.

The news of further destruction of Russian equipment comes after British Ministry of Defence intelligence on Tuesday, June 15 revealed that Russia could struggle to replace equipment lost in Ukraine due to the effects of sanctions and lack of expertise.