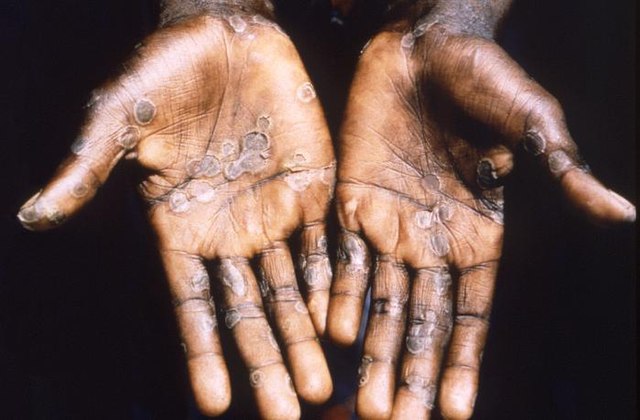 Monkeypox to be renamed and possibly classed as an 'international health emergency'. Image: Wikimedia

THE World Health Organisation (WHO) said on Tuesday, June 14 that they were looking to rename the Monkeypox virus and will meet again next week to determine whether the recent outbreak across the globe should be classified as an ‘international health emergency’.

Dr Tedros Adhanom Ghebreyesus, who was recently re-elected as the WHO’s head after running unopposed, announced that the UN organisation is looking at “changing the name of monkeypox virus” and whether to classify the global monkeypox outbreak as a “public health emergency of international concern.”

“The World Health Organisation will officially rename monkeypox, in light of concerns about stigma and racism surrounding the virus that has infected over 1,600 people in more than two dozen countries,” according to a report in Time on Tuesday, June 14.

Tedros Adhanom Ghebreyesus said that WHO is “working with partners and experts from around the world on changing the name of monkeypox virus, its clades and the disease it causes.”

More than 30 international scientists called the monkeypox label “discriminatory and stigmatising” and said the current name “doesn’t fit with WHO guidelines that recommend avoiding geographic regions and animal names,” a spokesperson said.

“Failure to support and adopt the proposed nomenclature and classification may result in loss of interest in sustaining active surveillance and rapid reporting of pathogens with epidemic and pandemic potentials,” they said.

The scientists proposed “a novel classification of MPXV that is non-discriminatory and non-stigmatising and aligned with best practices in the naming of infectious diseases in a way that minimises unnecessary negative impacts on nations, geographic regions, economies and people and that considers the evolution and spread of the virus.”

According to their report, the need for the change comes from “an increasing narrative in the media and among many scientists that are trying to link the present global outbreak to Africa or West Africa, or Nigeria.”

It added: “Like any other disease, it can occur in any region in the world and afflict anyone, regardless of race or ethnicity.

“As such, we believe that no race or skin complexion should be the face of this disease.”

As noted, alongside the name change for the virus, the World Health Organisation is also looking at whether to declare the Monkeypox outbreak a “public health emergency of international concern.”

“The outbreak of monkeypox is unusual and concerning,” WHO chief Tedros Adhanom Ghebreyesus told journalists on Tuesday, June 14.

“For that reason I have decided to convene the Emergency Committee under the international health regulations next week, to assess whether this outbreak represents a public health emergency of international concern”.

The emergency committee, which is the highest alarm the UN agency can sound, will meet on June 23 to discuss the name change and designation of the virus.