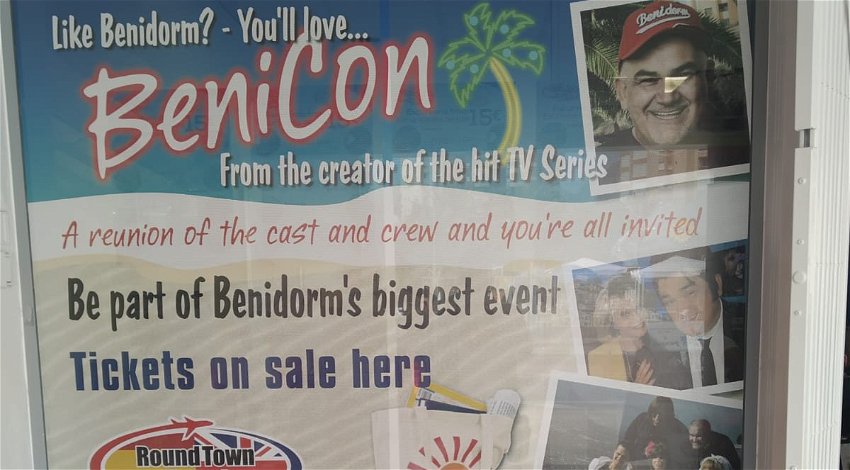 The BENICON convention of the beloved Benidorm TV series is going to be hosted by the Melia hotel and will run from November 18 to 20, immediately after the annual Benidorm fiestas.

The announcement of Benidorm reunion BENICON took place at the Round Town Travel office on the Avenida Dr Severo Ochoa 2, on Thursday June 16.

“It’s a really great thing to be able to do and give back to the fans, they’ll love the chance to be able to act alongside us!” said Jake Canuso.

“And of course Mateo will flirt with all of them, and maybe even do a bit of flamenco!” he added.

The convention promises fans a chance to try on costumes and props, an opportunity to ask cast and crew all of their burning questions and the amazing opportunity to do script reads alongside the show’s actors.

“The idea for Benicon came about after speaking with Peter Phillips, the producer of an Elvis festival. I’m a huge Elvis fan and I thought it would be a lovely thing to create a convention of our show for the fans,” stated Derren Litten.

“I spoke with the cast and they were all delighted to take part, so fans will get to see the Garvey family return, even Sheila Reid who plays fan-favourite Madge.”

There will also be additional trips to locations such as Peacock Island and the Algar Waterfalls that were featured in the show.

The climax of the weekend will be the star studded gala reunion show at the Benidorm Palace, hosted by Derren Litten

Weekend passes will give fans unlimited access to the convention for the three days.