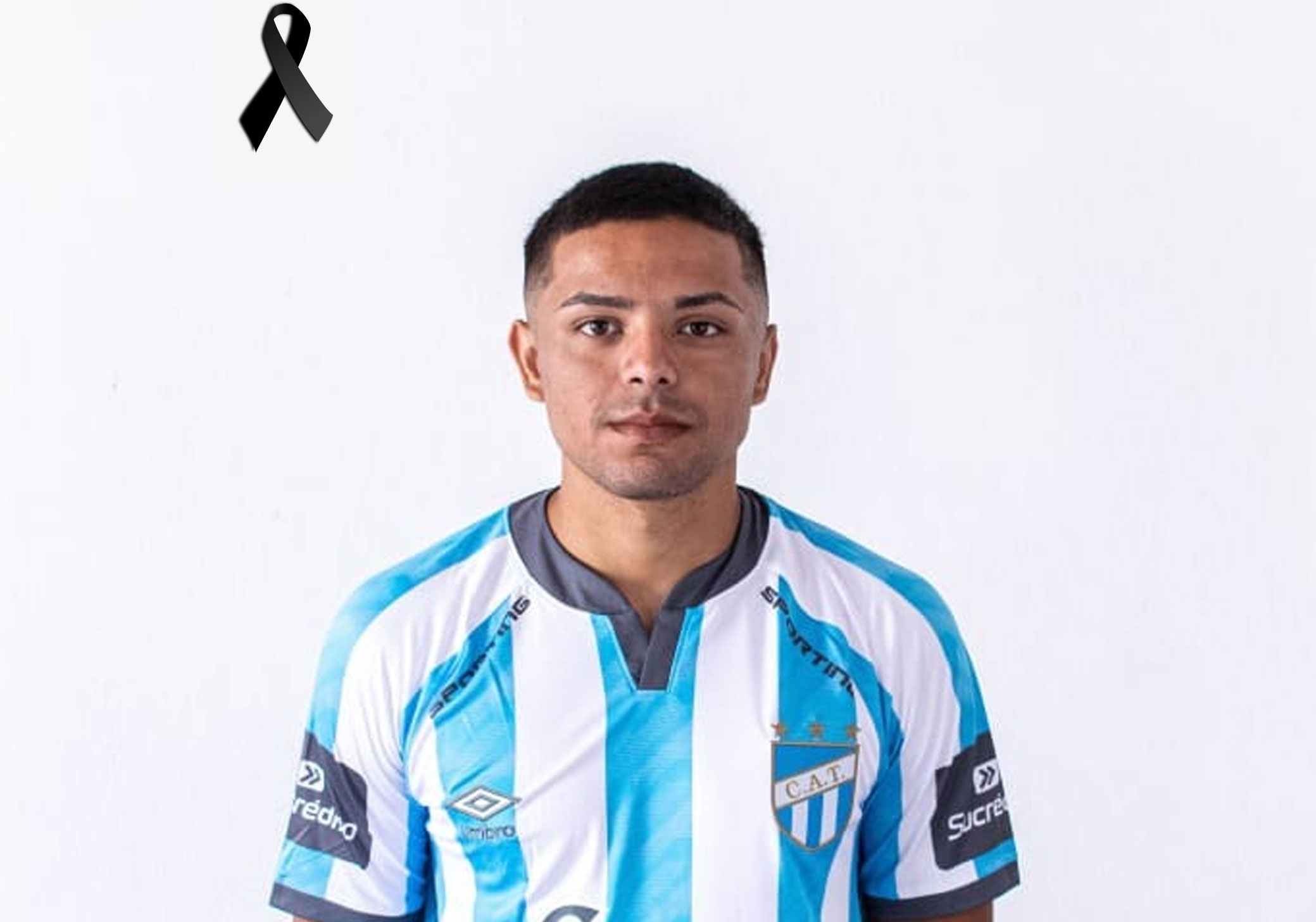 TRIBUTES have flooded social media for another young footballer who died of a heart attack.

Tributes have poured into social media for the young man who played in the club’s youth squad.

“Atlético Tucumán regrets to report the death of Fabricio Navarro, a player in the institution’s training divisions. The young man, category 2001, suffered a heart attack this afternoon. We accompany his family and friends with respect and affection at this difficult time,” the club announced on Twitter.

Atlético Tucumán’s fan club wrote: “From FASCAT we deeply regret the death of Fabricio Navarro, player of the training divisions of Atlético Tucumán. We accompany the family and loved ones in this difficult time. RIP.”

“We deeply regret the death of Fabricio Navarro, a player in our training divisions. From our space we send our most sincere condolences to your family and friends,” wrote another of the club’s fan accounts.

Another said: “We send our condolences to the family and friends of Fabricio Navarro. RIP.”

“@PUCAT15 and the training divisions of our club, participate with great pain, irreparable loss of our player Fabricio Navarro and we accompany his family in this difficult moment. God receive Fat in Holy Glory. RIP…!!!” said another.

The news came hours after the match in which the Tucuman team won 2-1 against Lanús at the Monumental stadium.

“Rest Fatty!!! Those of us who knew you know all the effort and dedication you had. We will miss you Fabri!!!” another said.

The death of the young footballer, whose age has yet to be confirmed, comes after a spate of sudden-death heart attacks have struck numerous footballers over the last few months.